Side by Side: Collaborative Artistic Practices in the United States, 1960s–1980s
Skip to main content

Side by Side: Collaborative Artistic Practices in the United States, 1960s–1980s 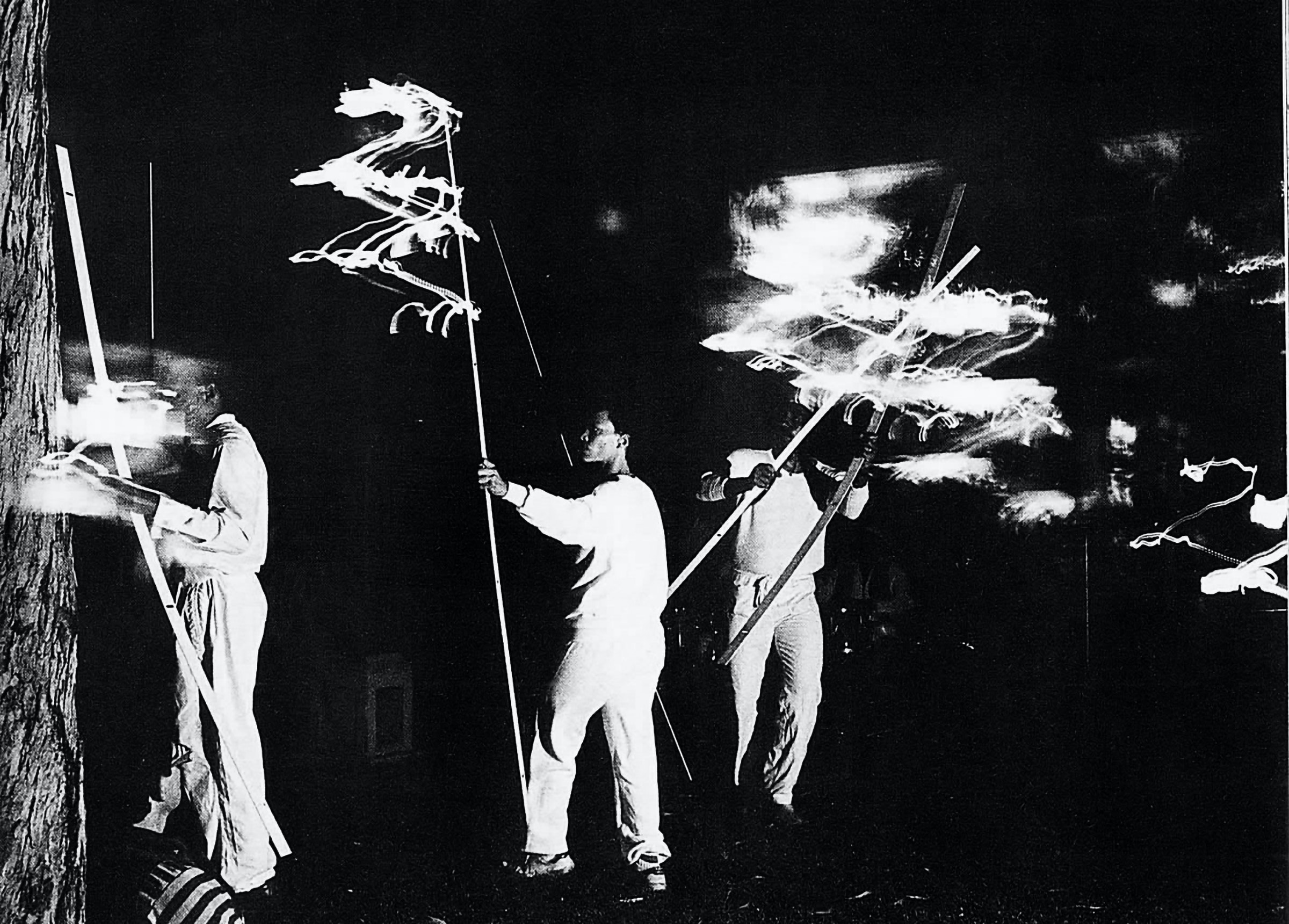 The third volume of the Walker Art Center’s Living Collections Catalogue traces a rich period of artistic experimentation with forms of radical collectivity, aesthetic production, and political mobilization. Presenting newly commissioned texts and surfacing unique archival materials, the publication explores the work of artists active in the United States between the 1960s and the 1980s whose practices were highly collaborative, interdisciplinary, and often aligned with concurrent social movements.

Side by Side: Collaborative Artistic Practices in the United States, 1960s–1980s examines the work of key practitioners from this period through five case studies—three of which intersect with the Walker’s own programming history and archives. The catalogue’s texts examine the practices of the Viennese architectural collective Haus-Rucker-Co; the Los Angeles-based Chicano performance and conceptual group Asco; the New York-based postmodern dance group Grand Union; the experimental theater collaborative Mabou Mines; and the many loose artistic networks that artist Senga Nengudi worked with of across her five-decade career, including the group of black LA-based artists known as Studio Z. Side by Side includes newly-commissioned texts by scholars C. Ondine Chavoya, Ross Elfine, Hillary Miller, Gwyneth Shanks, and Thomas Lax. The volume also includes a text by dancer and choreographer Wendy Perron, as well as an original interview between artist Senga Nengudi and Side by Side co-editor, curator Allie Tepper. The volume’s title, Side by Side, is a tribute to a video work of the same name, created by Nengudi and her longtime collaborator Maren Hassinger.

Side by Side is co-edited by Gwyneth Shanks and Allie Tepper, Mellon Interdisciplinary Fellows in Visual and Performing Arts. This volume was conceived as part of the Walker’s Interdisciplinary Initiative (2016–2020) and is funded through the Andrew W. Mellon Foundation. 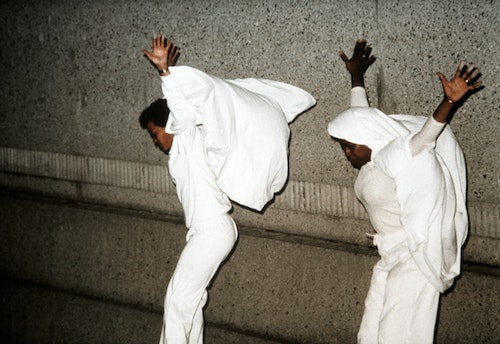 Thomas J. Lax, Curator of Media and Performance at the Museum of Modern Art in New York, considers the implications of Side by Side, a new publication which centers collaborations by artists from the late 1960s through the early 1980s. Lax’s essay reflects on how the values championed by museum collections—the notion of the individual genius, a belief in the progress of history—excluded and rendered illegible ephemeral and multi-authored practices. He argues that these creative strategies, which emerged from various political realities, produced forms of culture whose social possibilities might provide models for museums working today. Side by Side’s attention to the way artistic imaginations are dependent on other people, Lax wagers, recognizes group work and assembly as engines of art's history both within museum galleries and far beyond.

Introduction: Being With, Thoughts on the Collective 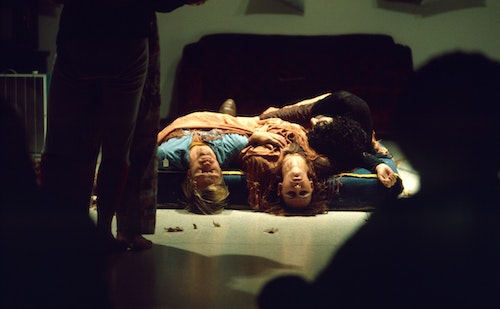 Scholar and curator Gwyneth Shanks introduces the theoretical and historical scope and the new scholarship of Side by Side. Drawing on a range of sources—from art historical narratives of the 1960s and ’70s, to the political imaginary that attaches to the notion of the collective, and the work of French philosopher Jean Luc Nancy—Shanks’s introduction dismantles prevailing myths that attach to the collective. Shanks examines how collectives or highly collaborative artist groups of the period were anti-hegemonic in their organization and often formed in direct relation to sociopolitical and identity-based movements. 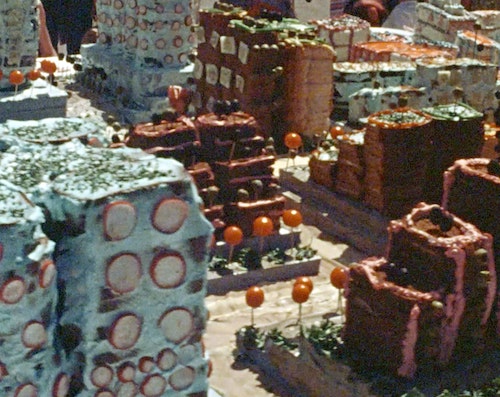 In 1971, the Viennese architecture collective Haus-Rucker-Co visited the Walker Art Center, creating an edible scale model of Minneapolis. Entitled Food City I, the piece was presented to, and devoured by, members of the public in the Armory Gardens, the future site of the Minneapolis Sculpture Garden. Taking Food City I as a point of departure, art historian Ross Elfline explores the role that sociality plays in the unorthodox medium of architectural performance, and in Haus-Rucker-Co’s identity and labor as a cooperative firm—revealing how hierarchies of power are dispersed in the process. 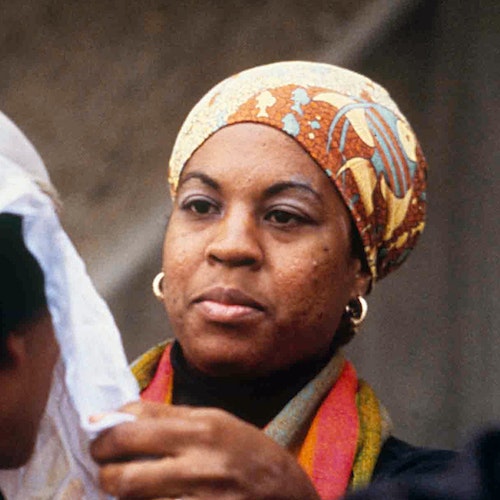 In a wide-ranging conversation with curator and Side by Side co-editor Allie Tepper, artist Senga Nengudi discusses the evolution of her artistic practice in the context of collective practice and exchange. Together, they discuss Nengudi’s work with the LA-based collective Studio Z, her decades-long collaboration with artist and friend Maren Hassinger, and her many performative experiments with musicians, dancers, and visual artists of the avant-garde. Central to their discussion is an examination of how artistic networks forge systems of support and visibility during periods of civic injustice and institutional neglect. 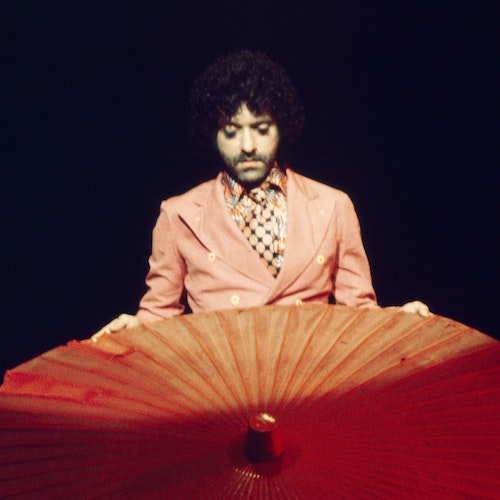 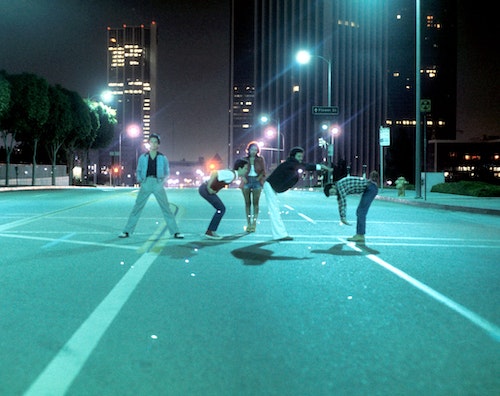 Scholar and curator C. Ondine Chavoya takes up the notion of “the collective,” in relation to the LA-based group Asco. Though Asco’s members performed and collaborated together, they have staunchly rejected the “collective” label, and with it, the implication of a cohesive artistic ideology and practice. Through an examination of archival ephemera and first-hand accounts by Asco artists, Chavoya reconsiders the group’s identity through their own self-identification and through exchanges with Los Four, another seminal Chicanx collective of the period. This significant new scholarly project considers Asco with an eye to its fluid and heterogeneous organization, thus reframing prevailing art historical discourse. 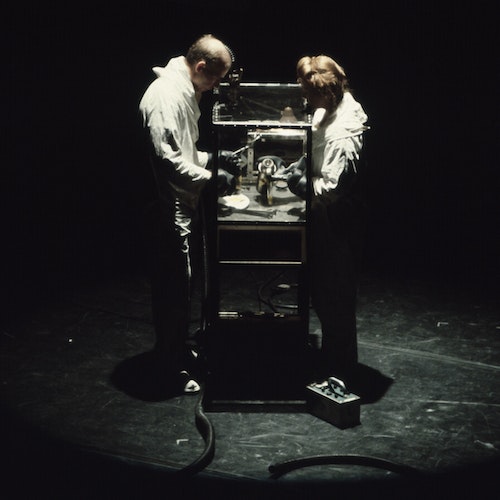 Performance studies scholar and theater historian Hillary Miller offers a new study of the 1980 production of Dead End Kids: A History of Nuclear Power by the New York-based avant-garde theater collective, Mabou Mines. Through a close reading of the play, Miller explores the relationship between this production and the little researched organization, Performing Artists for Nuclear Disarmament (PAND), revealing the correlations between collaboratively-generated theater practices and concurrent protest movements. 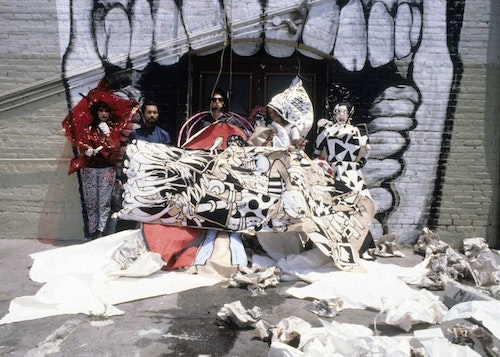