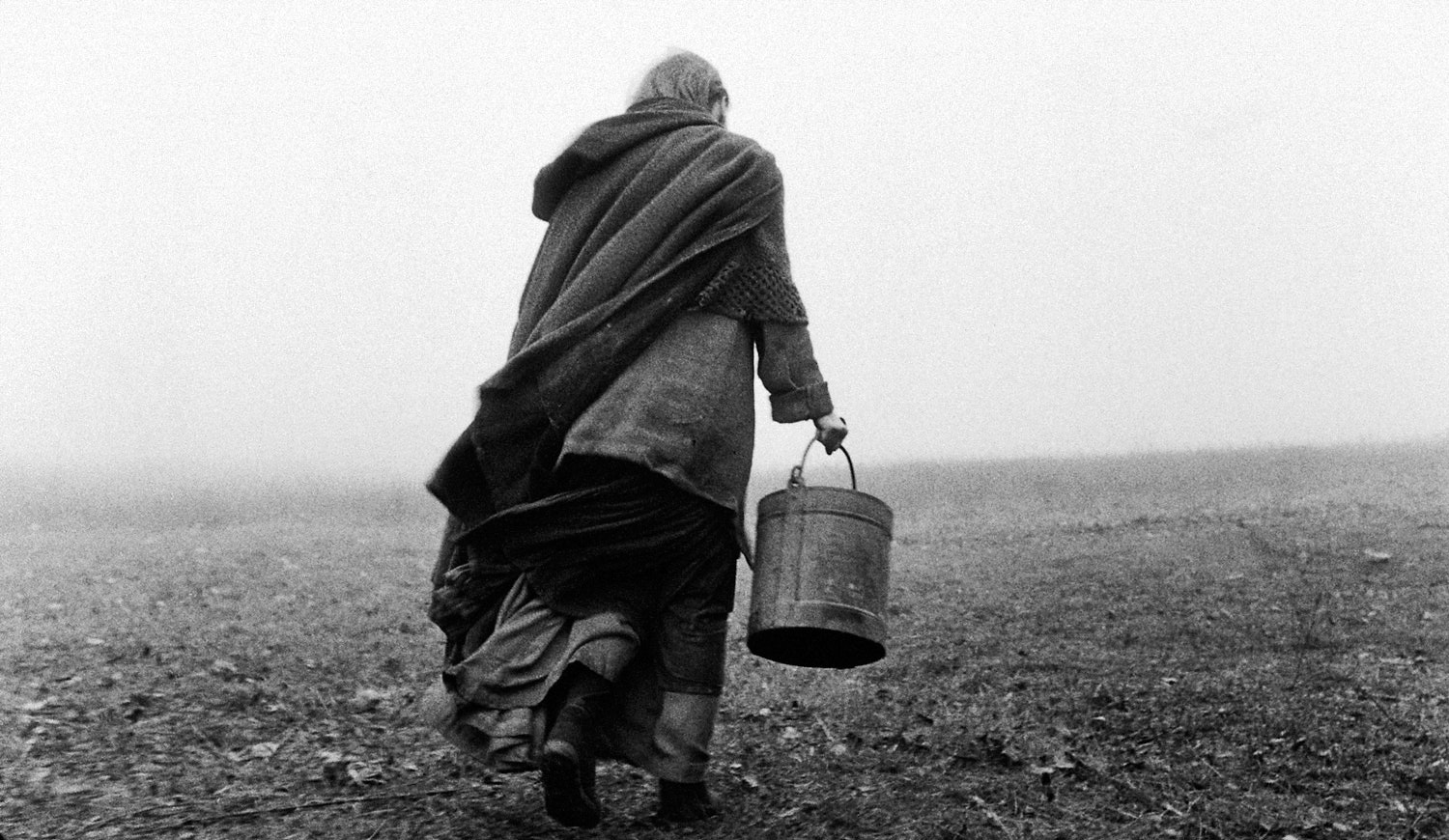 Hungarian filmmaker Béla Tarr is widely considered a visionary. His style has evolved over the years—from early films like Family Nest (1979), The Outsider (1981), and The Prefab People (1982) to his more recent projects including Damnation (1988), Satantango (1994), and Werckmeister Harmonies (2000)—gradually moving away from what he has termed “social cinema” to his more recent, deeply atmospheric films. His newest release is The Man from London (A Londoni férfi) (2007). Tarr and film critic Howard Feinstein discuss the director’s innovative filmography in a Dialogue punctuated by clips from his films. Recorded in 2007.

The mesmerizing work of Hungarian filmmaker Béla Tarr, widely considered to be one of the most important auteurs in world cinema, is primarily known to American audiences only through film festivals. His lens captures a Hungary informed by its varied history—from its longstanding empire to the postwar Soviet invasion, from its disheartening years under Communism to its contemporary attempt at privatization. Tarr’s films provocatively examine current alienation and morality, with sublime cinematography and exquisitely languid pacing. Drawing his influences from Italian Neorealism and the French New Wave, he has in turn greatly influenced a younger generation of filmmakers such as Gus Van Sant and Jim Jarmusch.

There is a clear division between Tarr’s earlier and more recent work. He made his first feature, Family Nest (1979), at age 22. Like successors The Outsider (1981) and The Prefab People (1982), the film was created in a cinema verité style, with an aesthetic of non-actors in actual locations. These films center on the working class and explore such issues as the 1970s Budapest housing shortage from a familial perspective. Shot mainly in close-ups, the films from Tarr’s early years capture a feeling of claustrophobia; the characters’ lives are closing in on them at a rapid pace.

Tarr’s fourth feature, Almanac of Fall (1985), marks a transition. While also tackling social issues, its stylized color, lighting, and camera work demonstrate a shift away from the documentary style and a growing interest in form. His partner, editor, and sometimes codirector, Ágnes Hranitzky, admits that after the first three films, “We wanted to do more poetic things.” Tarr adds, “In the beginning, we were just talking about social conflicts, and then we were opening, opening, opening. Now we had to show the landscape and the time.” This radical shift in the balance between content and style yielded films that are “specifically (and exquisitely) cinematic, revealing Tarr to be a master stylist,” as Chicago Reader critic Jonathan Rosenbaum once put it.

The films in this second stage of Tarr’s career—Damnation (1988), Satantango (1994), and Werckmeister Harmonies (2000), all collaborations with writer László Krasznahorkai—make for an exhilarating cinematic experience. They are atmospherically charged, fueled by vast wasteland landscapes filmed in long takes. Tarr’s gorgeously choreographed shots inevitably draw you in, making you complicit in the moral complexity on screen. As New York Times critic Manohla Dargis said, “There are moments when watching one of Mr. Tarr’s films that it seems as if he doesn’t just want you to look at his images, but to somehow enter into them alongside the characters.” These films, with their hauntingly beautiful scores and landscapes and rich psychological inquiries, are best experienced on the cinema screen. This glimpse into the world of Béla Tarr—via a rare and complete 35mm feature film retrospective—promises a journey that follows the rhythms of life with, according to Van Sant, “one of the few genuinely visionary filmmakers.”