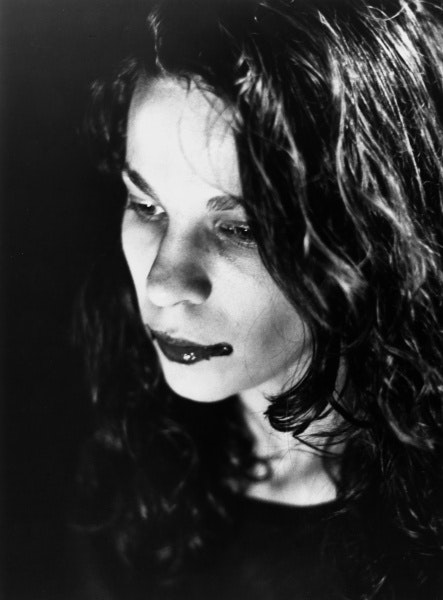 Lili Taylor has been a mainstay of American independent films since the 1980s. Taylor is known for her acting roles in acclaimed indie films such as Mystic Pizza (1988), Say Anything (1989), Dogfight (1991), Short Cuts (1993), and I Shot Andy Warhol (1996). Her latest role in Factotum (2005), directed by Bent Hamer and filmed in Minneapolis, earned Taylor Best Actress at the Copenhagen International Film Festival. Taylor brings both effervescence and confidence to her roles, whether she is playing a radical feminist, art dealer, or barfly. “Taylor inhabits female beings who refuse to play by the rules and, in so doing, she makes it clear to us how inappropriate those rules really are,” writes film critic and cultural theorist B. Ruby Rich. Together, Taylor and Rich engage in a Dialogue about the actor’s career. Recorded in 2006.

“Taylor inhabits female beings who refuse to play by the rules and, in so doing, she makes it clear to us how inappropriate those rules really are,” writes established film critic and cultural theorist B. Ruby Rich. Together, Taylor and Rich engage in a dialogue about the actress's incredible career.

Lili Taylor is as easily identified on screen as she is uneasily categorized. The characters she chooses to play and upon whose behalf directors seek her out are women on the edge. They may be wounded or angry or simply unwilling to compromise; they can be underdogs or neurotics, psychotics or even hysterics. Taylor inhabits female beings who refuse to play by the rules and, in so doing, she makes it clear to us how inappropriate those rules really are, and how boring are the characters—and actors—who try to play by them. She insists on our sympathy without ever begging for it and wins our empathy without ever sacrificing the dignity of her unruly characters to gain it. Lili Taylor is brave, even fearless. As a result, she has created something more than a persona: she has fashioned a behavior, a whole set of behaviors, in fact, suggesting that there are ways for women to move through the world that the cinema has barely begun to imagine.

First things first, then. Mystic Pizza and Dogfight are her twin debutante balls, the early films that introduced her to moviegoers as one of a kind, an independent spirit, long before the birth of the so-called Spirit Awards that increasingly celebrate the very opposite of their title. From the beginning, Taylor showed the sort of élan that would have damned an actress as “spunky” in the old Hollywood system. Taylor’s JoJo tells off her boyfriend, Bill, in Mystic Pizza, not because she doesn’t love him, but precisely because she does. She tells off her date in Dogfight, not because he doesn’t love her, but just because he might. She sees with X-ray vision, this young Lili Taylor, right through the artifices of movie conventions, searing an alternate vision into our retinas. Perhaps because she came out of the theater world, she has never settled for two-dimensional roles. Alas, the movies often have. Woe to the actress who rejects facile beauty.

Taylor may be unique among actresses in her refusal to solicit the audience’s approval or desire. She refuses to ingratiate, as if it’s beneath her as well as her characters. If we don’t get it, well, that’s our problem. If we deserve to, we do. After all, her characters never hide from the audience the way other characters in the hands of other actors often do. There’s no game of peekaboo in a Taylor performance. Rather, we apprehend her women immediately: they have nothing to hide, it’s all on view, out in the open for us to see.

Instead of wondering who her characters are, we wonder what they will do and how they will act. And act they do! Taylor’s women take action on their own and other women’s behalf, whether that means searching all over Barcelona (as in Gaudi Afternoon) or plotting revenge (as in Girls Town). She’s a doer, following urges, expressing herself, righting wrongs even if it means destroying herself (as in Household Saints) or someone else (as in I Shot Andy Warhol). It is interesting that her grittiness and defiance of any expectation of femininity—her adult tomboy stance—have often led directors to cast her as a lesbian, as if a “real” woman wouldn’t pick up the camera (like Fiona Ulrich in Prêt-à-Porter) or flash butch insouciance (as Ben in Gaudi Afternoon) or transform herself into an avenging angel (as Valerie Solanas, perhaps her most exquisite performance, in I Shot Andy Warhol).

Not only are Taylor’s characters frequently defiant, but they are often downright unlikable. Consider Lisa, her recurring character on Six Feet Under. When she died, we felt as guilty as Nate; after all, we had disliked her as much as he did. What leads Taylor to accept these off-putting characters? After all, they’re the sort that would be spurned not just by the GIs shipping out (as in Dogfight) but by most actors intent on making sure the audience will like, adore, and desire their characters and therefore (with the slippage that’s so common in the weak minds of too many movie viewers and Oscar voters) them—the flesh-and-blood actors—as well. Taylor not only takes these roles, but invests in these characters, inhabits them with gusto, gives them guts, makes them believable even when, as Kathleen Conklin in The Addiction, she’s playing a graduate student who pragmatically uses her new status as a vampire as a route to finishing her dissertation more easily and enjoying its completion.

In Factotum, the latest gloss on the life of the notorious Charles Bukowski, Taylor creates Jan, a woman hard core enough to play with the boys and beat them at their own game. As much as Norwegian director Bent Hamer tries to use narration (a voiceover by Matt Dillon as Henry Chinaski, the film’s antihero) to define Jan to the viewer, Taylor will have none of it. She creates Jan for us herself, all on her own, with the slightest of gestures and grandest of jests and jibes. She’s memorable long after she disappears from the screen. In her last appearance, in fact, she busts out a smile that—really—lights up the room. A hotel room, as it happens, where she’s working as a chambermaid. She smiles, her face turns radiant, and the aura that surrounds her can’t help but make us think, in an instant, all the way back through her career to Jojo at the altar and Teresa Carmela Santangelo in her room of candles, and all the way forward to Lisa in television’s hereafter. Lili Taylor is a mortal saint and an immortal sinner, giving succor to us mere humans with her talent and grace. Long may she continue, and may all her directors be up to the challenge of her great talent and luminous presence.

A film critic and cultural theorist since the mid-1970s, B. Ruby Rich has been closely identified with important movements such as feminist, Latin American, and post-9/11 cinema; independent film in the United States and Europe; and new queer cinema. A long-time contributor to the Village Voice, the San Francisco Bay Guardian, and the British Film Institute’s Sight and Sound, and author of Chick Flicks: Theories and Memories of the Feminist Film Movement, Rich teaches at the University of California, Santa Cruz.