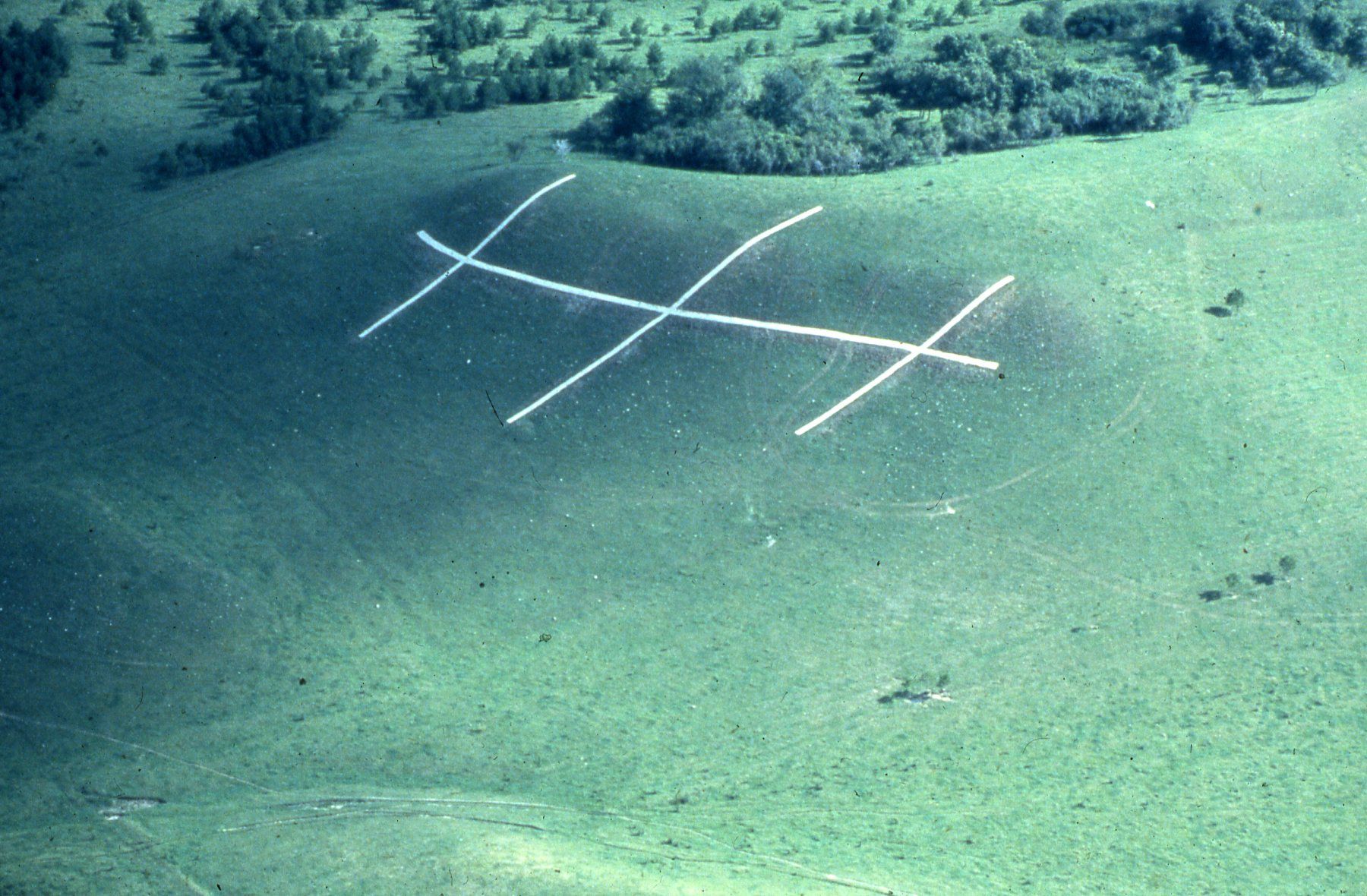 In 1974 I approached the Walker’s curator Richard Koshalek about my plans to build an art project along Highway 52 between the Twin Cities and Rochester. Richard was very supportive and set up an interview with Louis Zelle, President of Jefferson Lines Bus Company, which ran its buses along Highway 52. Mr. Zelle recommended me for a grant from the Minneapolis Foundation. This enabled me to purchase long-term leases on six hills bordering the highway.

The criteria for choosing sites were that they be visible from Highway 52 for several seconds and have some interesting topographical characteristic, such as a symmetrical form or undulating surface. The central concept was to “draw” a simple geometric shape over the hill which would dynamically change shape when observed in motion by a motorist or bus passenger. A documentary film was made of the entire project and shown at the Walker and on PBS. Photographs of the project were in the Walker’s show Invitation ‘75.

These are images of Sites 2, 3 and 6. The images of Site 2 show the “fracturing/coalescing” visual effect of viewing the site from Highway 52. Aerial photographs show the "actual” drawing. I say “actual” because the project asks what exactly we mean by real or true, as revealed when we observe phenomena from a moving perspective. We feel comfortable when something appears familiar (i.e. in a simple recognizable shape) rather than chaotic (i.e. fragmented).