2019: The Year According to Carolyn Lazard
Skip to main content

2019: The Year According to Carolyn Lazard

To commemorate the year that was, we invited an array of artists, writers, filmmakers, designers, and performers to share a list of the most noteworthy ideas, events, and objects they encountered in 2019.

Carolyn Lazard is a Philadelphia-based artist working in installation, video, and sculpture. Lazard has shown work at various institutions including the Walker Art Center, the New Museum, the Kitchen, the Institute of Contemporary Art, Philadelphia and the Whitney Museum of American Art. Lazard has published writing in the Brooklyn Rail, Mousse Magazine, and Triple Canopy. Their work, In Sickness and Study (2015–present), is on view at Yerba Buena Center for the Arts through February 23, 2020, in the Walker-organized exhibition, The Body Electric.

Some things that hit me this year, in no particular order. The image descriptions are in the alt text.

1.
POPE.L: CHOIR AT THE WHITNEY

This piece is, for me, a perfect art work. Pope.L’s deadly serious institutional trolling found its way through text, water, contact mics, a symbolically heavy water fountain, and copper pipes. I stayed for the full duration of the loop, listening to the water flow through the museum and back into itself.

John Wilson was an incarcerated, black, Deaf activist who worked tirelessly with HEARD (Helping Educate to Advance the Rights of Deaf Communities) to advocate for the rights of d/Deaf people in the carceral system. Wilson was arrested and interrogated without the presence of an interpreter and received a felony sentence at trial. He maintained his innocence while in prison for 25 years until his release on parole this year, only to pass away a few months later. Rest in Power.

A ramp that is both seen and felt that disappears into infinity. An encounter with chance operations through a new aesthetics of quantum love. Vibrationsssss. Access that diverts every formal convention.

Small gestures, large scale. She manipulates black and white photography towards the care and pain of black life in a way that makes my heart flutter.

I was really looking forward to this one. Ecstatic noise, genre bending (it’s corny to say, but it’s really true!). The past, present, and future colliding as one sonic experiment.

It was such a pleasure to see these sculptures in the flesh for the first time. The democratization of form and material in such an earnest and powerful way.

7.
JERRON HERMAN’S I WANNA BE WITH YOU EVERYWHERE
AT PERFORMANCE SPACE NEW YORK 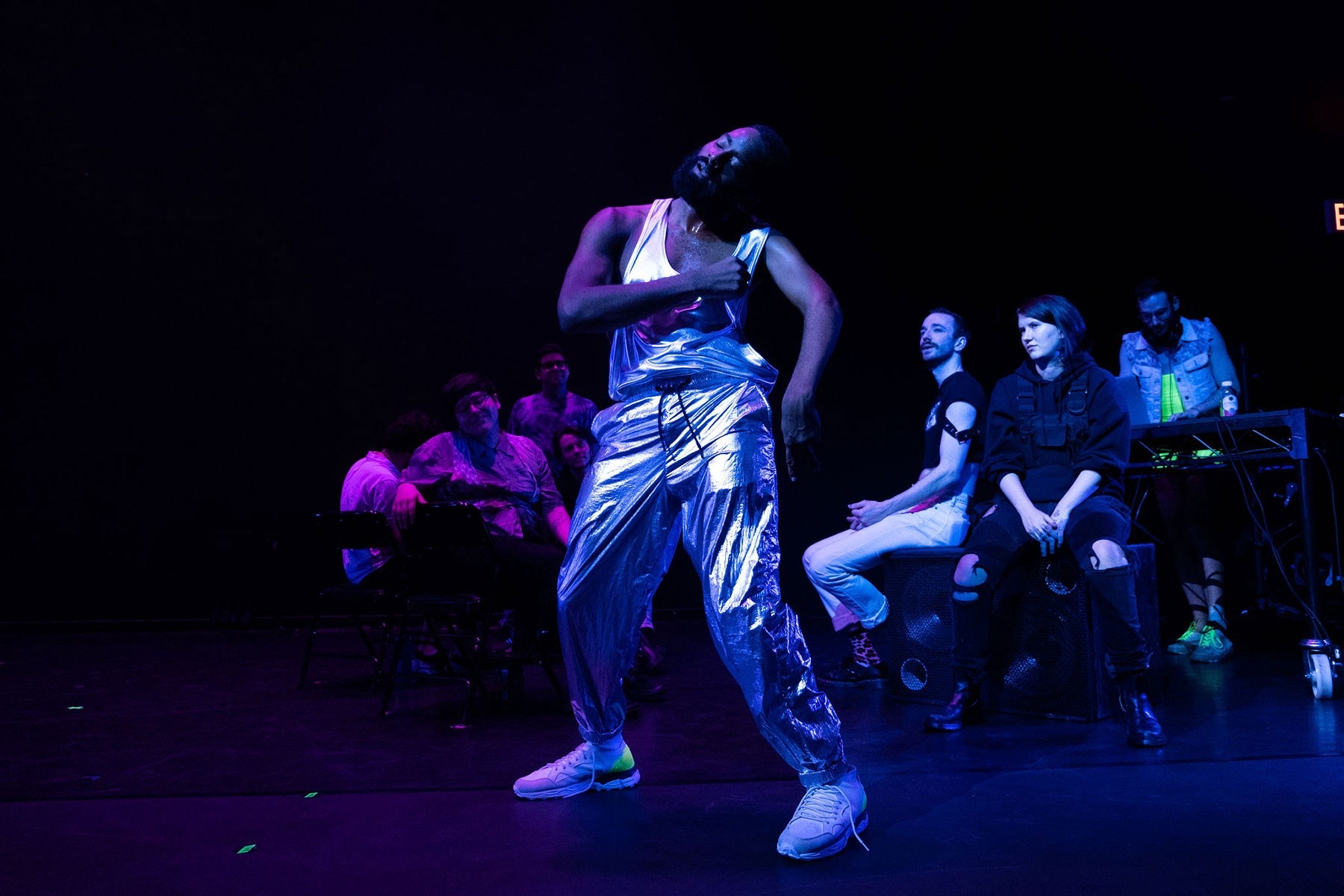 That time Jerron Herman closed out the night with a solo performance that got the whole audience going in until it was just a giant crip dance party. For one night, that performance allowed us to imagine a world in which queer nightlife was accessible to us all.

Hartman models a scholarship of care work while communing with the dead. She breathes life into the unacknowledged spaces of the historical record, redefining what it means to simply live.

Carrie Ann Lucas was a white, queer, disabled lawyer, an ordained minister, and a disability rights activist who engaged in direct action protests with ADAPT as well as her organization, Disabled Parents Rights. She passed away this year after her health insurance denied access to her medication. Rest in Power.

10.
SALACIA: TOURMALINE AT THE HIGH LINE

A day in the life of Black trans sex worker Mary Jones in Seneca Village, the black neighborhood razed to make way for Central Park in the 19th century. This lyrical work has single handedly revolutionized the genre of period film. You hate to see it.