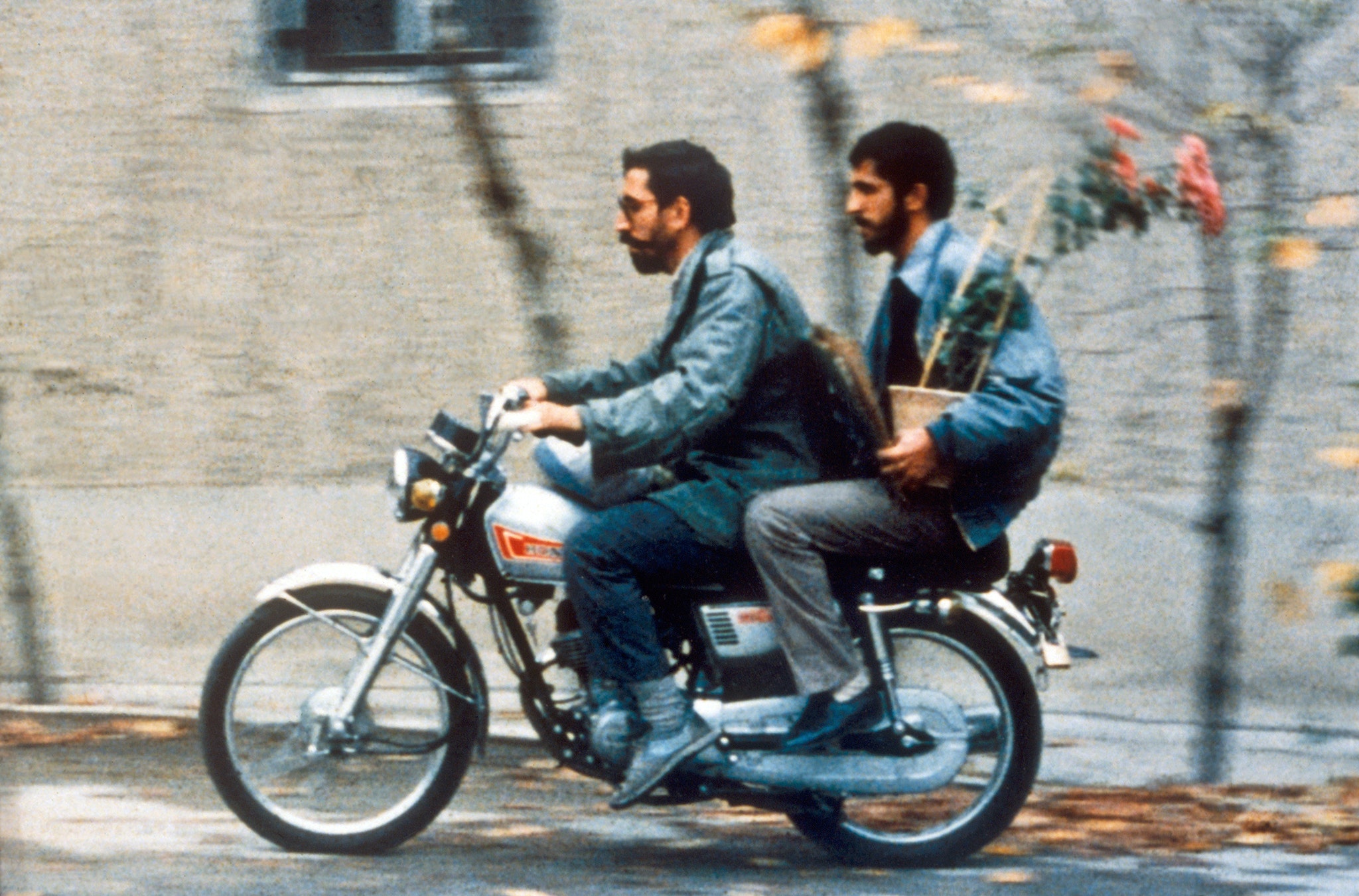 Iranian filmmaker Abbas Kiarostami is part of an exciting and powerful movement in international cinema. Kiarostami started making films in the 1970s. His early releases include the twelve-minute The Bread and Alley (1970), Breaktime (1972), and The Traveler (1974). Kiarostami is best known for his series of films beginning with Close-Up (1990), The Wind Will Carry Us (1999), and his recent release, Taste of Cherry (1997). Taste of Cherry is cowinner of the Palme d’Or at the Cannes Film Festival and is the first of his films to receive a serious commercial release in the United States. Kiarostami is joined by Richard Peña for a Dialogue and Retrospective. Peña has been the program director for the Film Society of Lincoln Center and chairman of the selection committee for the New York Film Festival since 1988. He has lectured widely and is currently an associate professor of film at Columbia University. Recorded in 1998.

Director Abbas Kiarostami is joined by Richard Peña, the Program Director for the Film Society of Lincoln Center, Chairman of the Selection Committee for the New York Film Festival since 1988 and Associate Professor of Film at Columbia University.

The Iranian cinema in the nineties has become what the Chinese cinema of the eighties had been: the cutting edge of international cinema, the place from which to “expect the unexpected,” as each year reveals new talents and exciting new approaches. Western notice of this cinema began slowly; a handful of provocative, finely crafted works began to appear at international film festivals in the late eighties, though they faced an initial reluctance on the part of many in the West (this writer included) to believe that anything of real value would be—or could be—produced in post-revolutionary, fundamentalist Iran. Yet there was the persistent, and increasing, presence of the films themselves: daring, often richly ambiguous, yet never fitting the classic patterns of “dissident” films we had come to expect from Soviet or East European filmmakers. What we had here—remarkable in a supposedly postmodern era—was a series of truly unique and distinctive films; what was needed, and is still needed, is a critical language adequate to deal with these films.

Certainly at the center of this Iranian “cinematic invasion” of the West has been the work of Abbas Kiarostami. Born in 1940, Kiarostami studied painting at Teheran University’s School of Fine Arts before moving into the world of advertising. The excellence of his work on commercials attracted attention, and in 1969 Kiarostami was invited to set up a film division at the Center for the Intellectual Development of Children and Young Adults, a government agency. The shorts created by Kiarostami for the Center are among his most remarkable films; witty and incisive, they’re distinguished by the way they approach their young subjects as moral actors whose decisions have real consequences. Kiarostami also made at this time his first experiments with feature-length formats. In The Traveller (1974), a young boy takes off for Teheran in order too see the national soccer team play; starting off in a highly realistic, almost docudrama style, the fears, dreams, and hopes of this young man are gradually worked into the visual landscape until his mental world and physical reality become one. The Traveller remains one of Kiarostami’s best-loved works, and has proved extremely influential on subsequent generations of Iranian filmmakers.

By the time of the 1979 Islamic Revolution, Kiarostami had already produced a significant body of work; however, no one could have predicted the extraordinary maturation of style and vision that would be seen in his series of films beginning with Where Is the Friend’s House? in 1987. Many of the elements of the earlier work are there: the focus on the children, the journey narrative; yet now Kiarostami would introduce to his work a series of questions regarding the relationship of the camera to the subjects caught in its frame. Filmmaking has always implied a certain kind of power relationship; certain people, it seems, create or control images, while others are the ostensible subjects of those images. This situation has always been especially accentuated in what used to be called the “third world,” where filmmakers almost always come from social strata far more Western-educated, -influenced, or –oriented than the great majority of the population.

So much of Kiarostami’s work over the past 10 years has been a meditation on the inherent power relations embedded in the filmmaking experience. In the remarkable Close-Up (1990)—called by Werner Herzog “the greatest documentary on filmmaking I have ever seen”—a young man impersonates a famous Iranian filmmaker (Mohsen Makhmalbaf), gaining entry into the home and life of an upper-class Teheran family that might have otherwise been unthinkable for a person of such humble means. In And Life Goes On…(1992), a filmmaker searches for the two boys he directed in a film called Where Is the Friend’s House? after the region they’re from has suffered a devastating earthquake; this filmmaker’s journey to the sites of his previous film gradually builds up a critique of the earlier work, showing how much had been missed. Two years later, Kiarostami again returns to that area, only this time foreground and background shift as a minor incident from an earlier film becomes the subject of Through the Olive Trees (1994).

Kiarostami’s most recent film, Taste of Cherry (1997)—co-winner of the Palme d’Or at last year’s Cannes Film Festival—will be the first of his films to receive a serious commercial release in the United States. A solitary man contemplating suicide drives through the hilly outskirts of Teheran looking for someone who will bury him if he succeeds, save him if he fails. Kiarostami’s style here has been almost completely pared down; nothing is taken for granted, each cinematic gesture—each cut or camera placement—feels as if it has been rigorously thought through. Yet, despite the seeming austerity of the subject and its treatment, the film has a remarkably sensuous quality; beyond the beauty of the cinematography, there is our engagement with the discussions between the driver and his passengers, as together they—and finally we—struggle to make sense of the various reasons to go on living.

A recent spate of articles in high-level publications have bemoaned the “death of cinema,” yet it’s impossible, I think, to encounter the work of recent Iranian filmmakers and not see a medium that is fresh, alive, and opening out in new and exciting directions. No one gives me greater hope for the next 100 years of cinema than Abbas Kiarostami.

Richard Peña has been the Program Director for the Film Society of Lincoln Center and Chairman of the Selection Committee for the New York Film Festival since 1988. He has lectured widely and is currently an Associate Professor of Film at Columbia University.