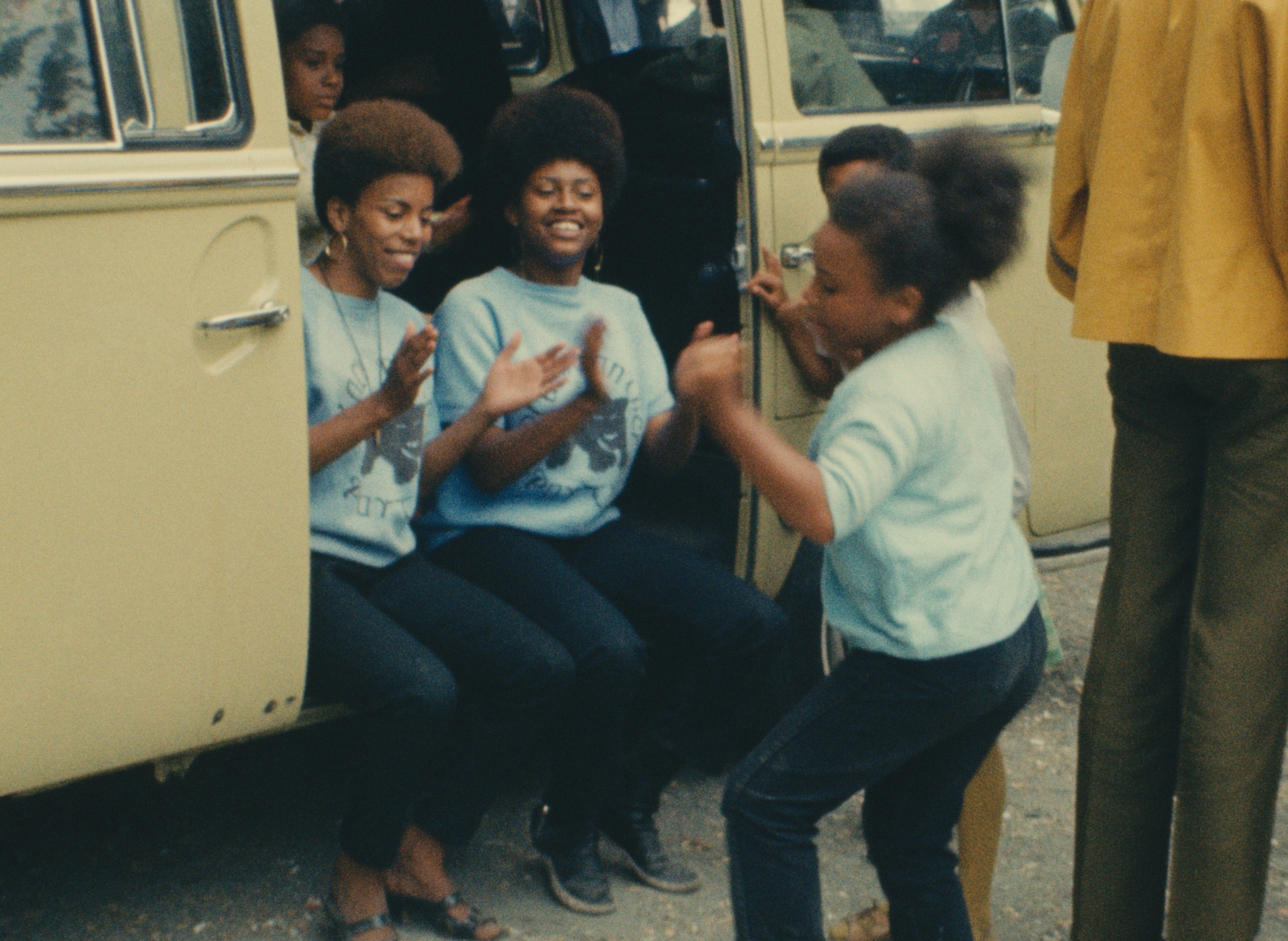 Agnès Varda will always be recognized as a prominent voice of the French New Wave movement. Her first feature, La Pointe Courte (1954), was initially made as a gift to a terminally ill friend; it quickly became a pillar of the New Wave movement. Cléo from 5 to 7 (Cléo de 5 à 7) (1961), Varda’s career-defining second film, established the director’s gift for portraying female characters with depth. Her most recent release is The Gleaners and I (Les Glaneurs et la glaneuse) (2000), a film that takes a close look at the people who forage, rummage, and scavenge—some out of necessity and others for artistic purposes. Varda is joined by Bérénice Reynaud for an insightful look into Varda’s career, from New Wave to The Gleaners and I. Reynaud holds a joint appointment in the School of Film/Video and the School of Critical Studies at CalArts and is an active film critic/historian/theoretician and a film/video curator. Recorded in 2001.

Director Agnès Varda is joined by Bérénice Reynaud for an introspective look into Varda’s career, from New Wave to The Gleaners and I. Reynaud holds a joint appointment in the School of Film/Video and the School of Critical Studies at CalArts and is an active film critic/historian/theoretician and a film/video curator.

Agnès Varda coined the term “cine-writing” (cinécriture) to define the singularity of composition she strives to achieve at every level of production: screenplay, shooting script, casting, location, position and movement of the camera, rhythm.

The notion has polemical value in France where, before the New Wave, “writing” only referred to the screenplay. Yet, unlike her male colleagues of the New Wave, Varda was no cinéphile. She started with a vocational school degree in photography and was prompted to act on her desire to make films by the impending death of a friend. La Pointe Courte (1954) began as an attempt to capture and fictionalize the lost moments spent together in the South of France. Someone suggested she contact a professional editor. He was reluctant to help her, but was soon won over by her enthusiasm, persistence, and dedication. His name was Alain Resnais. This encounter solidified her newfound identity as a cine-writer: “This is a film to be read,” she wrote.

Her second feature, Cléo from 5 to 7 (1961), a groundbreaking foray into female subjectivity, has remained a landmark. Shot in continuity, it unfolds 90 minutes in the life of a young singer diagnosed with cancer. Once again, cine-writing expresses and counters the ineluctable reality of death. Strong heroines whose death and/or uncharted desires are at the forefront and who play with language as a valiant act of defiance inhabit Varda’s cinema. Writing becomes a way of reorganizing the world so that death does not have the last word. This in turn explains Varda’s love for sensual, humorous, life-asserting plays on words, which she sometimes has the gumption to stage visually, in a quasi-carnivalesque rupture of the rules of cinematic illusion that is also a literal homage to the French avant-garde (Lautrémont, Surrealist exquisite corpses, Un chien andalou…).

A self-styled feminist, Varda’s irreverence has long kept her outside of a certain tradition of “women’s cinema” based on reclaiming “truth” and “realism” in the representation of women. Cinécriture for Varda does not exactly coincide with écriture féminine—the latter striving to track that irreducible part that is “not wholly” inside the symbolic order.

Varda loves to depict people who have chosen to live in the margins or have been rejected there—some of her best compositions being Mona as the sullen drifter in Vagabond (1985); Mary Jane, the mature heroine of Kung Fu Master, in love with a 14-year old boy; Emilie, recovering from a breakup in Los Angeles in Documenteur (1980-1981); the unconventional trio of actors and their underground diva friends in Lions Love (…and Lies) (1969). However, in her generous depiction of the female psyche, what matters to her is the point where it intersects, even tenuously, with the symbolic. Varda’s films explore the thin, disquieting boundary where fiction and documentary overlap and dialectically interact with each other. Since the ultimate reality, with the passing of time, is death, documentaries that freeze in time a bit of the present always lie, and fiction that restores a little bit of the past always tells the truth. The locus of this wavering between truth and fiction is, as in Proust’s novels, the “I,” and Varda knows better than everyone how to use it as a vantage point to interrogate reality, its myths, its representation. As fictionalized, first-person “faux” documents, one must mention Daguerréotypes (1974-1975)—a subtle, imaginative, almost surrealist chronicle of the daily life in her Parisian neighborhood of the rue Daguerre—as well as her latest opus, The Gleaners and I (2000), in which she explores various modes of “foraging, rummaging, and scavenging” in a complex text that “in its simultaneity of the personal and the political, interweaves art and legal history with contemporary legal issues” (James Quandt). As an example of fiction restoring and redeeming a lost past, still in the first person, there is the very moving biopic Jacquot (1990), a “love letter” inspired by the 1990 death of her husband, Jacques Demy.

Disrupting the rules of the game, Varda never stayed within the confines of a a single genre, a single format, or a single language. She’s made movies in France and the United States, features and documentaries, shorts and even a musical. She likes protagonists who say “no” like Mona in Vagabond. As a woman, she had to say “no” at the beginning of her professional life to those who belittled her. As a filmmaker, she’s said “no” to conventions and clichés; as a stylist, a moralist, a creator, she’s saying “no” to death. And “yes” to a magnificent idea of cinema, which she embodies.

Holding a joint appointment in the School of Film/Video and the School of Critical Studies at CalArts, Bérénice Reynaud has a double background as a film critic/historian/ theoretician and a film/video curator. She has been a regular collaborator of Cahiers du cinema since the mid-1980s, and has published articles in Sight & Sound, Screen, and Film Comment.