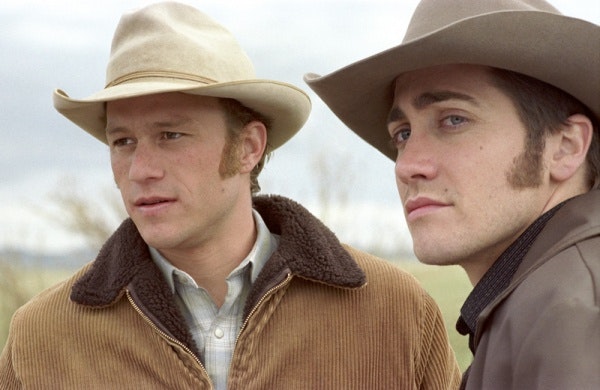 Taiwanese director Ang Lee’s body of work is just about as wide-ranging as it gets. His films Pushing Hands (1991), The Wedding Banquet (1993), and Eat Drink Man Woman (1994) were the early markers of a successful career. He broke into the Hollywood mainstream with 1995’s Sense and Sensibility, winning a Golden Globe for Best Motion Picture, Drama. Even within different film genres, Lee’s creativity shines through each of his works. He went on to direct the worldwide martial arts phenomenon Crouching Tiger, Hidden Dragon (2000). His newest release is Brokeback Mountain (2005), which has already received widespread acclaim. Ang Lee and James Schamus, a film producer and screenwriter who has coproduced Lee’s films, sit down for an in-depth discussion of Lee’s career. Schamus, copresident of Focus Features, is also a professor at Columbia University. Recorded in 2005.

Ang Lee and James Schamus, a film producer and screenwriter who has co produced Ang Lee’s films, sit down for an in-depth conversation spanning Lee’s film career. Schamus, co-president of Focus Features, is also a professor at Columbia University.

Two images you’ll always see in an Ang Lee movie: dinner and the moon. The moon because, like the movie screen, she illuminates by reflection. Dinner because culture—and by culture I mean the media people use to relate to each other—always requires the death and ingestion of its material support. Ang’s films tend to be circular, like Chinese banquet tables; we feed at them by facing the center from no particular place of privilege. Thus, Ang would never have come up with the iconography of the Last Supper, for how odd is it that the disciples aren’t sitting in a circle? Yes, the disciples ingest Jesus—and the sacrificial cannibalism at the heart of Christian culture is a motif very close to Ang’s own bleeding heart (note the happy baptism even in Eat Drink Man Woman). But closer still is the moon, and the female undercurrents and riptides that accompany the vision her circular surface provides.

Over the course of nine movies Ang has lived up to the injunction of the final, repeated word of his very first feature, Pushing Hands: “Nothing.” Why is nothing so important in his movies? Because it’s not just nothing, it’s nothing in particular. An Ang Lee hero, be he or she the Hulk or an unruly teenage girl martial artist, prepares for his or her leap into the void through the careful study of rocks, calligraphic strokes, and comic books, through the practice and discipline of shoplifting, cooking, or tending sheep. Every detail of an Ang Lee movie is an object of fascinating, absorptive power, and only through the experience of its particularity can we educate ourselves for the nothing that is our destiny.

That is why it is a great pleasure to see Ang being honored by the Walker Art Center. For if Ang has succeeded, he will be honored precisely for nothing, nothing at all.

James Scamus is a film producer and screenwriter who has coproduced all of Ang Lee’s films in addition to many other award-winning independent features. He is the copresident of Focus Features and a professor at Columbia University.