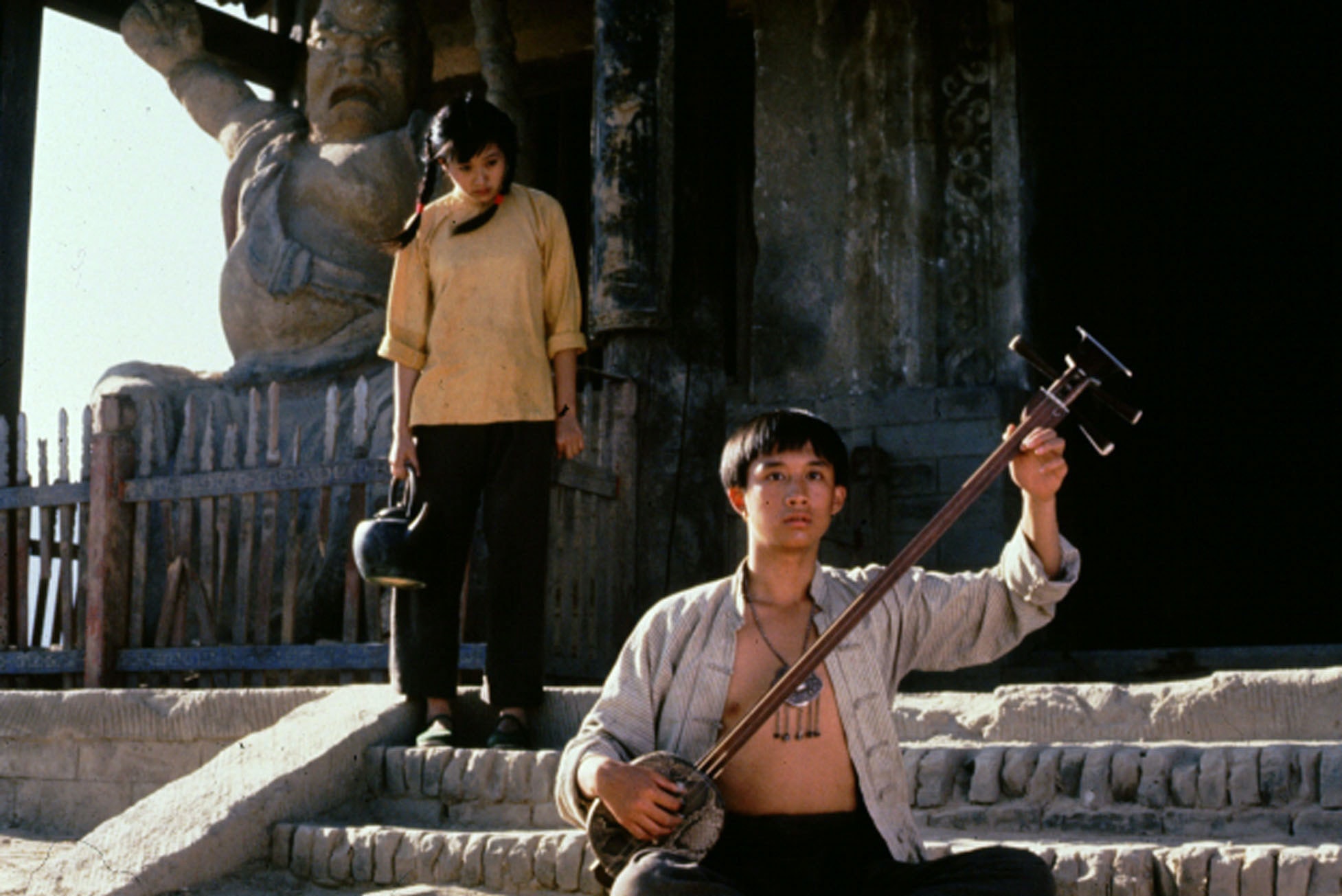 Chen Kaige has established himself as a revolutionary filmmaker in his home country of China and beyond. His ravishing debut feature, Yellow Earth (1984), was well received by critics and put him on the map. Chen’s 1993 film Ba wang bie ji (Farewell My Concubine) has garnered international attention, winning the Palme d’Or at Cannes Film Festival and receiving two Academy Award nominations. Chen and Amy Taubin, a critic for Film Comment, reflect on the director’s background, influences, and impactful career.

Chen Kaige makes films for a China that does not exist. Of his five features, the first three (Yellow Earth, The Big Parade, and King of the Children) received extremely limited distribution in his own country. Life on a String, his fourth film, has never been shown in China, and his current Farewell My Concubine was officially banned immediately after it won the Palme d’Or at the Cannes Film Festival this past spring. On the other hand, Chen was the first filmmaker of the famed “Fifth Generation” to receive international acclaim.

Born in 1952 to a filmmaker father and a once-wealthy woman who renounced her family and joined the Communist Party when she was 17, Chen came of age during the Cultural Revolution when he was sent into the countryside to work on a rubber plantation. He speaks of this period with characteristic ambivalence. It was then that he became aware for the first time of the reality of poverty in China. That was very important, but he also remembers the gap between what he could say in public and what he thought in private. The main achievement of the Cultural Revolution, he says, was to destroy people’s “quality,” their individual creativity and imagination. Chen’s films are political, not because they have an overt message but because they come down on the side of individual artistic expression.

After a stint in the army during the Vietnam War, Chen worked in a film laboratory and then was one of 28 students accepted in the Beijing Film School’s celebrated class of 1982. Among his classmates was Zhang Yimou, who served as cinematographer on Chen’s first feature, Yellow Earth.

Ravishingly beautiful, Yellow Earth quickly established Chen as a great landscape filmmaker. One of the most expressive colorists of world cinema, Chen often allows image to take precedence over narrative. Life on a String, which was made after he had spent three years in New York City, is something of an avant-garde film, so minimal and metaphoric is its structure. Nevertheless, its theme, which has to do with the power of belief (even a false belief), is as rooted in Chen’s experience of the Cultural Revolution as its imagery is in Chinese history.

Easily his most accessible film, Farewell My Concubine focuses on three characters in a narrative that spans 50 years of the 20th Century. A story of love and betrayal involving two men and a woman (with one man as the object of desire), its setting is the Peking Opera. Chen shows how personal feelings are shaped and transformed by the political events and social structures that made China what it is today. Despairing about both personal relationships and political systems, the film makes a passionate claim for the transgressive and transcendent power of art. For Chen it is through art that one claims one’s identity.