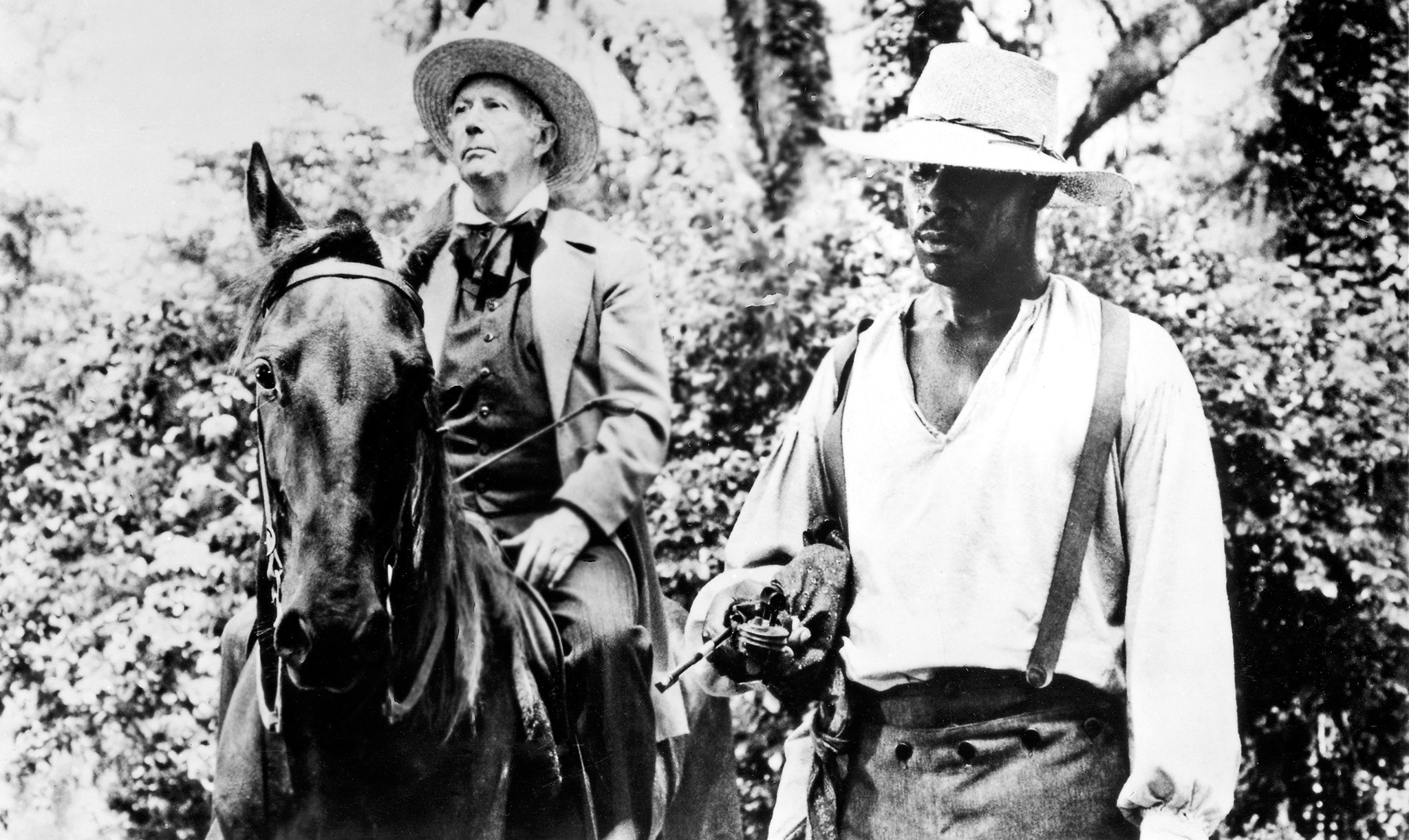 Gordon Parks is a man of many talents—and someone accustomed to shattering the exclusionary status quo of Hollywood and beyond. Parks is a famed photojournalist, an acclaimed author, a gifted composer, and an accomplished film director. He became the first African American to direct a studio feature with his breakthrough film The Learning Tree (1969), a realization of his semiautobiographical novel of the same name. Parks created the groundbreaking superhero film series Shaft (1971) and Shaft’s Big Score (1972). The director is joined by Michael Eric Dyson, an author, ordained Baptist minister, and professor of communications studies at the University of North Carolina, Chapel Hill, to present a reflection on Parks’s prolific career. Recorded in 1996.

Gordon Parks was reared by protective parents on the stubborn soil of the Kansas prairie. The youngest of fifteen siblings, Parks felt secure in the quiet strength of his father, Jackson, and the love of his mother, Sarah. That security was shattered when his mother died during Gordon’s fifteenth year, and he spent the night next to her lonely coffin, an experience he remembers as both “terror-filled and strangely reassuring.” Sent to live with a sister and her husband in Minnesota after his mother’s death, Parks was violently thrown out of his new home by his Scrooge-like brother-in-law near Christmas. Parks was thrust into an unsolicited confrontation with racism and poverty in which adulthood beckoned immediately.

Parks records with unsparing candor the material deprivations, psychic thrashings, and moral agonies wrought by his initiation into maturity. It is amazing that he never allowed the ubiquity of racial animosities to obstruct his exploration of the mystery of life or wither his reverence for imagination and experience. Such reverence only fed his appetite for intellectual and artistic pursuits, executed without the benefit of a high-school education. Parks became a world-renowned photographer, painter, writer, musical composer, and filmmaker because, he says, he had a fear of failure, a fear that compelled him to “fight off anything that might abet it—bigotry, hatred, discrimination, poverty, or hunger.”

As a photographer and writer, he has recorded the rich and famous, the poor and the obscure, the black and the white. The first black photojournalist to work for Life Magazine, he has captured the plight of young Harlem gang warriors, portrayed the circumstances of a Brazilian family plunged into suffering by poverty, and tracked the profound ideological transformations wrought within a mellowing Malcolm X, including his departure from the Nation of Islam and his subsequent assassination at the hands of Nation loyalists. Parks also covered the latest European fashions and chronicled the life of deposed monarchs and dictators from around the globe.

Parks later transformed into a film his autobiographical novel, The Learning Tree, becoming the first black person to write and direct a Hollywood movie. Almost as varied in his personal relations as he is in his multiple careers, Parks has been thrice married and is now willing to absorb his share of the blame for each marital failure. “No doubt my inability to reach the summit of their expectations had a lot to do with the storms and disasters.” He had four children from his three marriages, and endured the ultimate pain of parenthood—the loss of his son, Gordon Parks, Jr. The younger Parks, who died in a plane crash while filming a movie in Africa, had directed three other films, including the black cult classic, Superfly. Parks himself eventually made five Hollywood movies, including the important Shaft, which provided black youth with “their first cinematic hero comparable to James Cagney or Humphrey Bogart.”

As Parks sifts through the cache of memories his Promethean talents have created, he refuses to be bitter about the denials, limits, and indignities that have been, at one time or another, imposed upon his world. His trials have made him widely empathetic toward victims of any prejudice and skeptical about the privileges of race, class, or nation to establish the proper basis for human interaction. Through the power of his words, this intelligent and sensitive interpreter of human experience has now turned the mirror toward us, as well as himself; we, like Parks, must be judged by the integrity of our response to what we hear and see. Let us hope that we are half as successful as he has been.

Dr. Michael Eric Dyson is the author of Is Bill Cosby Right?, The Michael Eric Dyson Reader, Open Mike; Holler If You Hear Me: Searching for Tupac Shakur; Why I Love Black Women; I May Not Get There With You: The True Martin Luther King, Jr.; Race Rules: Navigating the Color Line; Between God and Gangsta Rap; Making Malcolm: The Myth and Meaning of Malcolm X; and Reflecting Black. He is the Avalon Foundation Professor in the Humanities at the University of Pennsylvania and lives in Philadelphia.