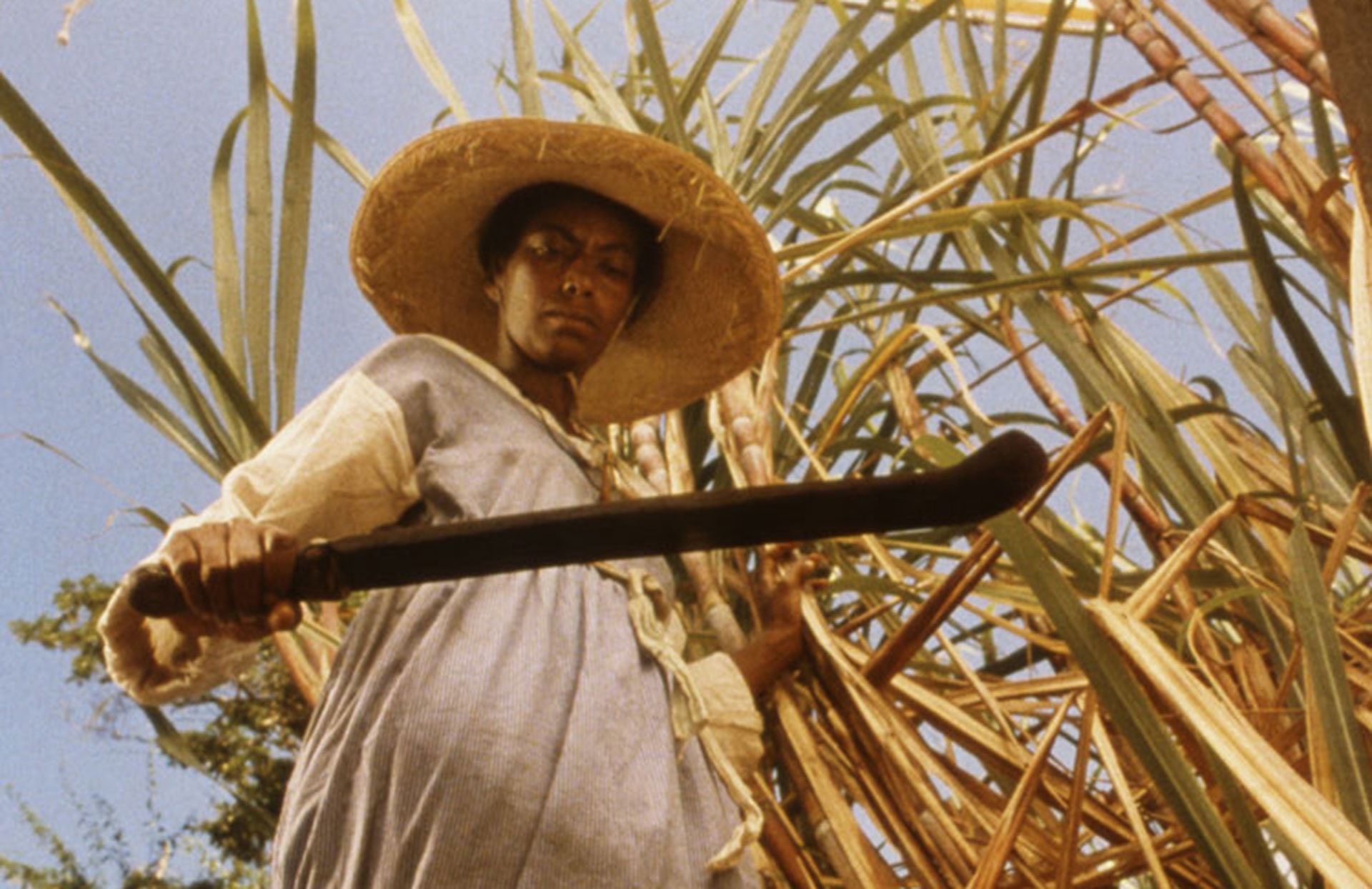 Haile Gerima is a trailblazing director, writer, editor, and actor who played a major role in the black independent cinema movement. Raised in Ethiopia, Gerima offers an approach to diasporic African cinema that transcends genre. He is known for Ashes and Embers (1982), the story of a Vietnam War veteran, and After Winter: Sterling Brown (1985), a documentary about American poet Sterling Brown. His recent and already acclaimed release Sankofa (1993) is the product of fifteen years of planning. Gerima is joined by Arthur Jafa, cinematographer, filmmaker, and mentee of Gerima at Howard University, for an insightful dialogue.

Haile Gerima is a warrior, and as such in these times, a decidedly serious personality. Still, like many who know Haile, I’ve winced when I’ve seen any number of the photos (Time magazine, Vibe, The Village Voice) that have accompanied the release of Haile’s groundbreaking Sankofa. The images suggest a somewhat grim personality. Haile’s powerful, yet equally warm and humble nature rarely comes through in its full richness. His determination to speak of his people and of himself in film, our most expensive popular medium, perhaps offers an explanation for the somewhat harrowing visage.

Shaman, brojos, sorcerer, Haile has the intellectual ability to formulate essential questions. What does it mean to be a person of African descent in a white supremacist society? What are the conditions of political and spiritual development that have allowed black people to survive under these circumstances? Why might this matter to anyone besides black people? His vision and determination to practice solutions is at the core of why Haile matters to anyone concerned with the process of achieving, consolidating, and defending the space for human dignity, development, and self-determination. The medium in which he has chosen to practice these solutions, cinema, is provoked by his continued interrogation of what will be a truly emancipatory and democratic form.

Beyond this, for me, there is Haile’s profound love of and dedication to black people. A love and dedication mature in its commitment to development, critical self-awareness, and the celebration of who we are, what we have been, and what we might yet be.

Aurthur Jafa is a cultural critic and visual artist. As a cinematographer, he has worked on Julie Dash’s Daughters of the Dust and Spike Lee’s Crooklyn. He currently serves on the faculty of the Milton Avery Graduate School of the Arts at Bard College.