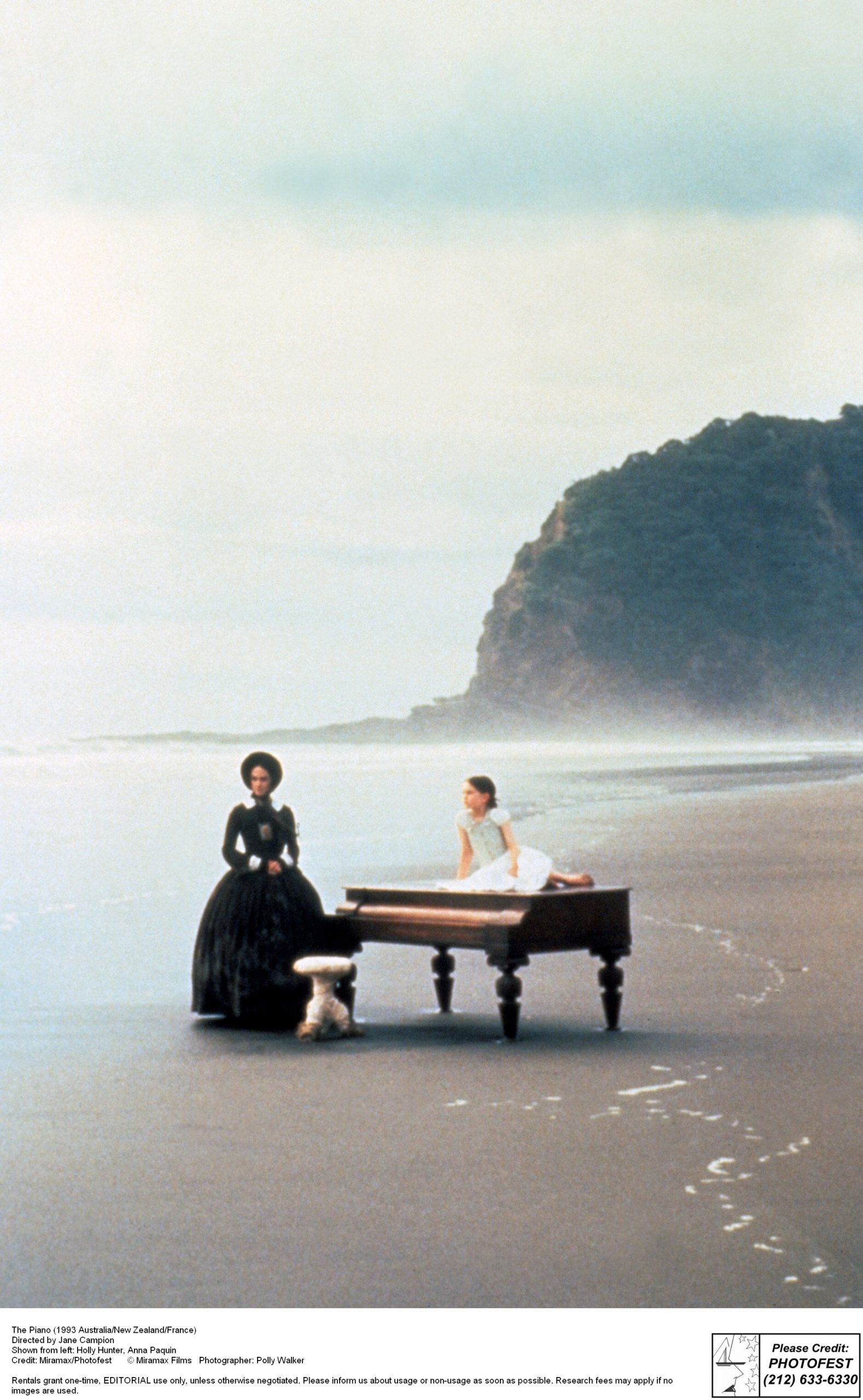 Part of
The Piano, 1993. Directed by Jane Campion. Photo courtesy of Miramax/Photofest.

Director Jane Campion's first work to garner attention was the nine-minute short Peel (1982), which won the top prize for short films at the 1986 Cannes Film Festival. Her other shorts from that time period—Passionless Moments (1983), A Girl's Own Story (1984), and After Hours (1984)—were also well received by critics. Her first major feature, Sweetie (1989), won awards internationally. Campion became the first female filmmaker in history to win the Palme d’Or at Cannes in 1993 for The Piano (1993). Referring to this film, Xavier Dolan described Campion’s roles for female characters as “beautiful women with soul, will, strength, not victims or objects.” In a rare public appearance, Campion discusses her prolific career with Richard Peña, program director for the Film Society of Lincoln Center and chairman of the selection committee for the New York Film Festival.

Director Jane Campion discusses her prolific career with Richard Peña, program director for the Film Society of Lincoln Center and chairman of the selection committee for the New York Film Festival.

Unquestionably one of the major film talents to have emerged in the 1980s, Jane Campion first came to international attention when a series of her short films—A Girl’s Own Story, Passionless Moments, Peel—were screened at the 1986 Cannes Film Festival. These elegant, gemlike works—so full of visual invention and dark, haunting humor—were evidence of a wonderfully fresh talent, yet even their impressive achievement could not be said to have prepared one for the impact of Sweetie. I still remember vividly, that at the conclusion of that film’s press screening at Cannes in 1989, half the audience burst into wild applause, while the other half found various ways to voice their disapproval. Anyone who could elicit such powerful and divergent reactions from the normally jaded international press corps was certainly a forced to be reckoned with; all I knew was that I was hooked.

The controversial reception of Sweetie was soon followed by the international success of An Angel at My Table and then, of course, The Piano. Campion is that rare example of an artist whose increasing critical and commercial success has not been accompanied by a dilution or softening of her style or themes. As perhaps befits the work of an artist born and raised in New Zealand, at a far remove from the leading capitals of both Western and Eastern culture, Campion focuses on characters literally “on the edge”—pushed to their emotional limit, and then asked to move a few steps beyond that. Like other former painters who eventually found their true home in the cinema, Campion displays a solid preference for the arresting image over smooth, seamless storytelling; the shot of Sweetie (Genevieve Lemon) on the ground after her fall from the tree house, or Ada’s (Holly Hunter) trancelike walk after her mutilation in The Piano, are moments of such raw power that they seem to break free from their respective movies and express something previously only imagined but now starkly depicted.

No contemporary director has demanded more—nor, happily has gotten more—from her actresses than Campion. In an era in which even our finest actresses are sometimes forced to wait years between roles, or at least roles worthy of their talents, Campion has in just three films guided a series of astonishing, award-winning performances: Genevieve Lemon and Karen Colston (Sweetie), Kerry Fox (An Angel at My Table), Holly Hunter and Anna Paquin (The Piano). The roles these women incarnate are never exemplary or inspirational; instead, they are difficult and even contradictory. Their importance lies in the fresh insights they offer to shades of human experience rarely seen before on the screen. In a year in which the centenary of the cinema is being commemorated internationally, the films of Jane Campion are one of the best things we have to celebrate.

Richard Peña has been the Program Director for the Film Society of Lincoln Center and Chairman of the Selection Committee for the New York Film Festival since 1988. He has lectured widely and is currently an Associate Professor of Film at Columbia University.