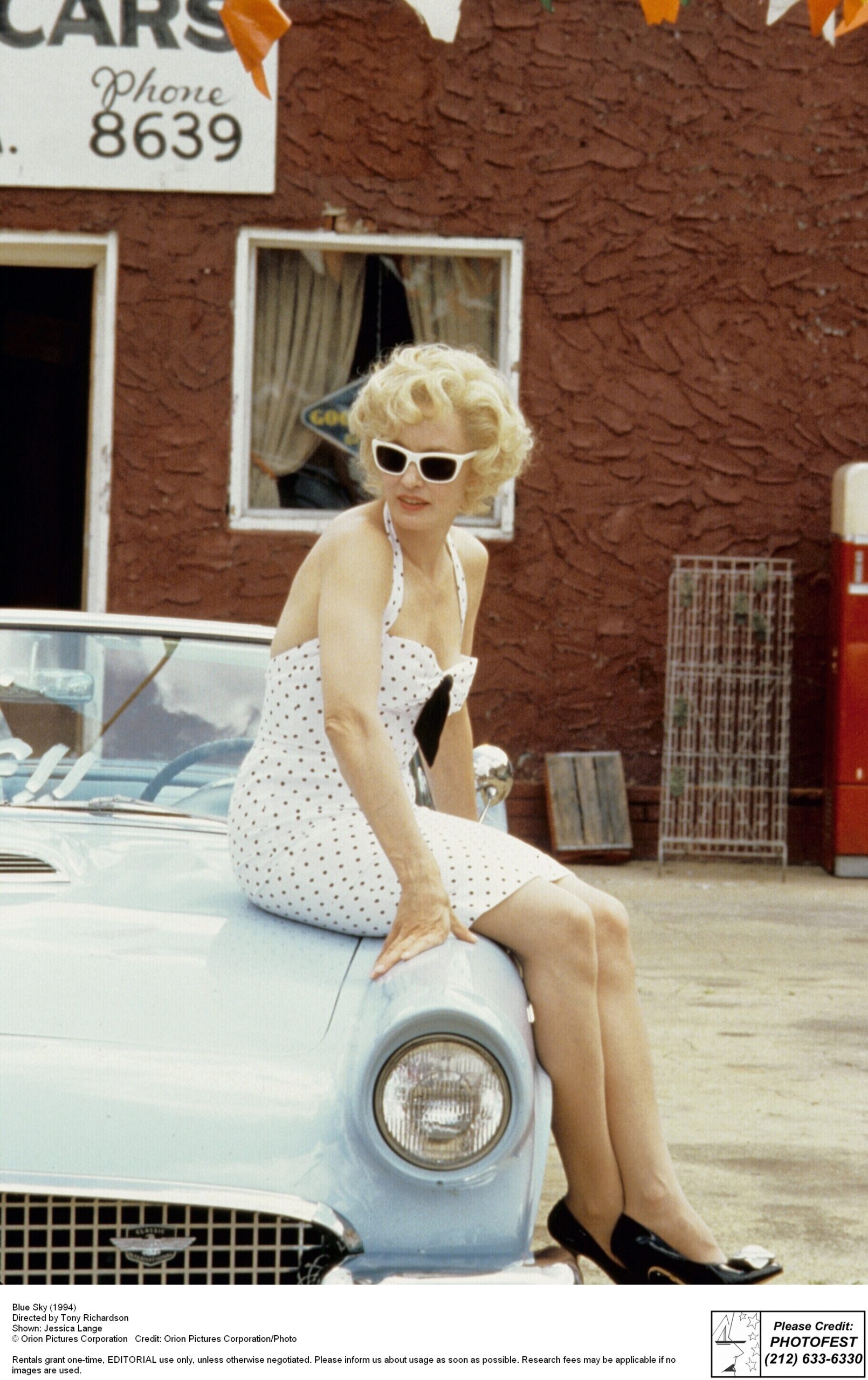 Jessica Lange is an award-winning actress first introduced to audiences as the helpless blond in Dino De Laurentiis’s 1976 reimagining of the 1933 version of King Kong. Lange asserted her acting chops in The Postman Always Rings Twice (1981) alongside Jack Nicholson—and critics noticed. She was nominated for two Oscars the following year: Best Actress for Frances and Best Supporting Actress for Tootsie, winning the latter. Lange brings fervor and versatility to her roles, including Country (1984), Sweet Dreams (1985), and Music Box (1989). Lange won her third Golden Globe and a Best Actress Oscar for her performance as a troubled housewife in Blue Sky (1994). Her most recent release, Cousin Bette (1998), is based on the Balzac novel of the same name. Lange, a Minnesota native, sits down for a conversation with Molly Haskell, a critic and author who has written on film, theater, literature, and the women’s movement. Recorded in 1997.

Minnesota-born actress Jessica Lange sits down for a conversation with critic Molly Haskell for an in-depth review of Lange's incredible career.

In an era when Real People were supposed to have supplanted Hollywood stars, when critics tended to be suspicious of glamour, and awards were generally bestowed on the more austere and sexless performances, Jessica Lange stood out as (and was sometimes penalized for) a dazzling beauty that seemed to come out of another era. Perhaps that’s why she was so often thought of for remakes and period films, where beauty was less a distraction and more of a given.

A great deal of noise and hype attended her debut in the Fay Wray part in the 1976 remake of King Kong, which did not become a legend like the original. She was tagged as a beautiful fluff, but for those who could see beyond the image of luscious blond helplessness, Lange was enchanting and original, bringing a surprising touch of humor. It wasn’t until she played Cora, James Cain’s caged animal of sexual frustration and marital contempt in The Postman Always Rings Twice (1981) that critics began to take her seriously. With Jack Nicholson as her partner, the steamy, sordid tale of a roadside wife with her rescuer-lover (played in the forties by Lana Turner and John Garfield) could now be given the sexual explicitness it deserved. Lange showed just how audaciously uninhibited she could be, going to the limit in conveying both the voracious appetites of Cora and the full range of her psychological disgust.

In the following year, she accomplished the extraordinary feat of being nominated for two Oscars—Best Actress for Frances and Best Supporting Actress for Tootsie, which she won. What was impressive was her remarkable effectiveness in two such different and equally spectacular performances: in the highly charged mental agony of Frances and the romantic star-making sentiment of Tootsie.

In Frances she bore a strong resemblance to the late Frances Farmer, one of the most tantalizing and ill-fated blond stars of the 1930s. Miss Farmer had been a Group Theater actress on the stage, a lover of the swinish Clifford Odets, and a raging nonconformist in Hollywood with a highly publicized drinking problem. Lange shied away from none of the dark corners of Farmer’s life: her weaknesses for drugs, her bouts of electroshock therapy, even the less lovable details that show her as a pain-in-the-ass troublemaker.

Although her portrait of the soap opera princess in Tootsie might seem to be the sort of role that any glamour goddess could play, try to think of someone else in the part! She projects more than radiant loveliness: under the angora prettiness, we see the insecurity and loneliness that can sabotage the extremely beautiful; behind the vamp, a terrified little girl. Through it all, she’s the catalyst who humanizes Dustin Hoffman’s initially cynical female impersonator.

These mark the opening sketches of a master gallery of women who pay the price for making the wrong choice. Women with pride, intelligence, and above all, deep frustration. In movies like these, and the amazing study of fifties conformity and hysteria, Blue Sky, she’s a woman whose emotions invariably dominate her keen intelligence. Like the desperate fifties army wife of that film (which was made in 1991, but won her an Academy Award in 1994), her heroines often find themselves living in the wrong place or era, or in a relationship that provides no outlet for their intensity, their fierce, hungry desire.

Being a country girl herself, she’s partial to non-urban settings, and to wide-open spaces. She’s at home with the dreams and frustrations of farmers (Country, 1984), with the highs and lows and Southern twang of a country singer (Patsy Cline in another underrated film, Sweet Dreams, 1985). She can convey dramatic anguish on a Big Theme, as in Music Box (1989), when she plays the daughter who has to accept the painful revelation of her father’s Nazi past. And she surprised everyone with her gutsy rendering of the faded, yearning Blanche DuBois in A Streetcar Named Desire, on Broadway and then in the 1995 televised version. In an age when few actresses have had rich or extended careers, hers stands out, not just for the obvious star turns and eye-catching performances, but for some small gems and the occasional supporting role that might go overlooked. Thanks to the sparks and spunk she brought to the Highlands wife of Liam Neeson’s clansman, Rob Roy (1995) was by far the sexiest and most compelling of the Scottish dramas. But most particularly, I’m thinking of a few timely and realistic films that managed to get through the blockbuster action-formula mind-set of Hollywood, no doubt on the strength of her presence: Men Don’t Leave (1990), in which she plays a struggling single mother with such gallantry, humor, and pathos, and Losing Isaiah (1995), the wrenching story of a woman who wants desperately to keep the little child she thinks she has saved from its crack-addicted mother.

For an actress in the modern era, she’s made an astonishing number of films…and, even more unusual, she seems to have made the films she wanted to make, and at intervals that allowed her to have a real life, largely out of the limelight, as well. How she’s managed all of this may take some time and perspective to understand, but a new, fresh look at her films is a good place to begin.

Molly Haskell is a critic and author who has written on film, theater, literature, and the women’s movement. Her reviews and articles have appeared in Vogue, the Village Voice, the New York Times, and Esquire. She has written a number of books including From Reverence to Rape, Love and Other Infectious Diseases, and Holding My Own in No Man’s Land: Women and Men and Films and Feminists. She also teaches a workshop in the graduate writing program at Sarah Lawrence College.