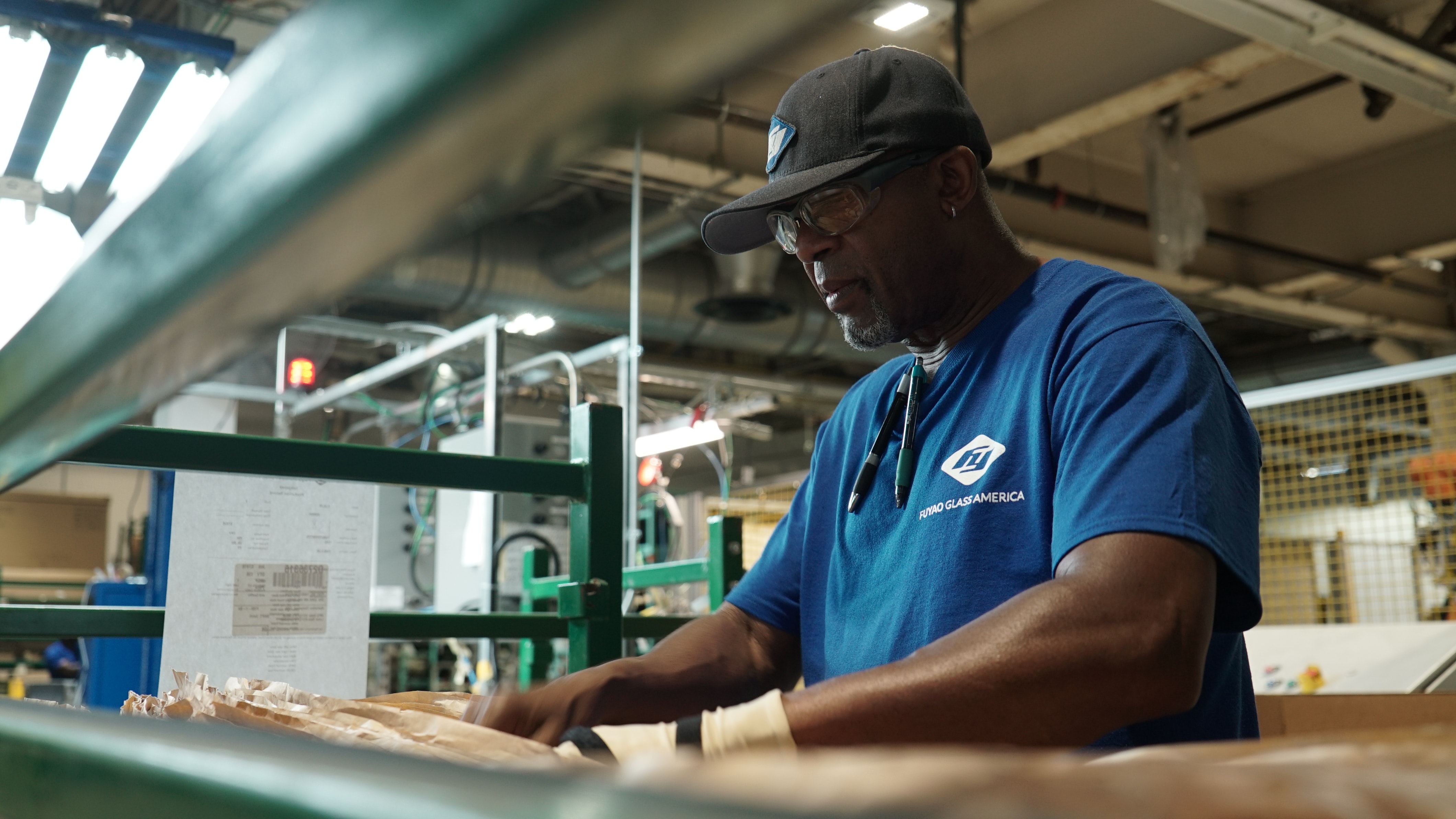 Julia Reichert is an independent documentary filmmaker. Since her debut, the notable Growing Up Female (1971), her films have outlined everything from workers’ rights and gender roles to taboos and social change in America. Her recent film, American Factory (2019), in collaboration with Steven Bognar, won both the Academy Award and Spirit Award for Best Documentary Feature. Reichert is joined by Eric Hynes for a conversation about her documentary films, inspirations, and collaborations. Hynes is curator of film at the Museum of the Moving Image and a reporter, film critic, and contributor to numerous major publications including the New York Times, Film Comment, Rolling Stone, and Reverse Shot. Recorded in 2020.

Julia Reichert is joined by Eric Hynes for a conversation about her documentary films, inspirations, and collaborations. Hynes is curator of film at the Museum of the Moving Image. He is also a reporter, film critic, and contributor to numerous major publications including the New York Times, Film Comment, Rolling Stone, and Reverse Shot.

Julia Reichert isn’t often visible in her films, but she is always present. She’ll show up on screen from time to time, and occasionally she’ll chime in via voiceover, but hers isn’t a cinema in which the director doubles as a character. Rather her character—the moral kind—informs every decision, every interaction, every long and hard-fought development of her work. If there’s something or someone to be understood, she’s in pursuit and paying attention. A living master of observational filmmaking, Reichert’s cinema asserts that observation needn’t imply lack of participation. It’s a cinema of attending to what matters, of attendance as assertion of what matters.

There’s a sequence towards the beginning of Reichert’s first film, Growing Up Female (1971, co-directed with Jim Kline), that’s practically a synecdoche for her cinema in general. We meet a pre-teen girl who tells us about her interests, her ambitions, her opinion of boys. Then we meet her mother, who expresses some concerns about her daughter’s interests and sartorial choices, and then we meet her father, who talks abstractly about his fatherly expectations based on the fact that his child is a girl. Then it’s back to the girl bounding through the woods on an adventure, this time with Reichert providing voiceover conjecturing about what awaits her in puberty. It’s not hard to glean where Reichert and Kline’s sympathies lie—they’re obviously drawn to this independent, free-talking tomboy in their episodic portrait of young womanhood in America circa 1970. But other perspectives get an airing here and are given space beyond a soundbite. From this beginning, and consistently through half a century of filmmaking, Reichert spends time with people. She’s interested in them. She asks questions. And what she learns always seems irreducibly nuanced, and endlessly, fundamentally compelling. She has a point of view—there’s a reason she’s drawn to laborers, communists, feminists, activists—but so do the disparate people she meets. And she makes room for those points of view, regardless of how closely they match her own.

There are crucial threads through the director’s dozen-plus films—abiding concerns for women, working people, and humanity in the face of dehumanizing systems—but they’re bound by Reichert’s curiosity. A self-described working-class kid from southern New Jersey who, along with her siblings, became the first link in her family to attend college, Reichert sought knowledge at a time in American history, the mid-1960s, when everything was being challenged and rewritten. “Tell me what I don’t know” is ever-implicit in her work. “Show me what your life is like” motivates each camera placement. In her second film, Methadone: An American Way of Dealing (1974, also made with Klein), a taut, potent examination of the controversial drug treatment captured on the ground in Dayton, Ohio, she dedicates an extended section to asking subjects to recount a typical day in their lives. For methadone and heroin addicts whose autonomies are significantly compromised by dosing clinics seeking to modulate their dependencies, it’s meaningful simply to be asked such a question—and for Reichert, jarringly radical to ask it. It’s in the details, in the choices, moods and preferences, that a person reveals him or herself as a full person defined by more than their condition. No matter how political or essayistic her ambitions, Reichert’s films always exhibit such thoroughgoing, tactile humanity.

Thirty years later in A Lion in the House (2006), the humanist masterpiece she co-directed with current collaborator and partner Steve Bognar, attentiveness to the everyday is both the film’s mode and its prevailing, overwhelmingly moving asset. A long-form look at families and professionals navigating childhood cancer, the film affords viewers a chance to understand, and feel, the significance of 10 months remission, or a night’s sleep in one’s own bed, or relationships bartered in and defined by hospital hallways and antiseptic cafeterias. There’s information to be had about the disease, and its treatments, and there’s also the waiting, and the worrying, and indignities of suffering. Reichert and Bognar show all of it because they were shown all of it, likely because they paid attention closer and longer, and with more personal investment and radical conviction, than anyone else ever could.

That film, as well as their Oscar-nominated short film, The Last Truck: Closing of a GM Plant (2009), functioned as antecedents to American Factory (2019), their Oscar-winning feature of last year. In The Lion in the House, they make pains to provide a 360-degree view of the situation, toggling daily, hourly, even momentarily, among the children, their parents and siblings, the doctors and nurses, the hospital staff and beyond. As in Growing Up Female, Reichert has affinities among her subjects—she reveals in the opening moment of the film that she and Bognar had lived through the nightmare of parenting a child suffering from illness—but it doesn’t deafen her to the challenges of working in such a hospital, of managing the formidable fears and anxieties of families, and witnessing such suffering. (The movie isn’t easy to watch, but it’s a heartening, lung-expanding privilege to do so.)

And so, while previous Oscar-nominated films Union Maids and Seeing Red (also co-directed by Klein), and The Last Truck (co-directed by Bognar), attest to Reichert’s abiding respect for organized labor and particularly rank-and-file workers, she manages an even wider, more kaleidoscopic view in American Factory. Reichert and Bognar earn not just the trust of the American workers in Dayton’s Fuyao plant (some of whom were featured in the worker-centric The Last Truck), but also the Chinese laborers living far from home, the cross-national management team, even the union-busting chairman who runs the factory. It’s hard to fathom how challenging that must have been, to earn the trust, and then never violate the trust, of disparate groups of people who fundamentally do not trust one another. But she rose to that challenge, as she somehow always seems to have done. The filmmaker has always managed to be interested in and respectful of everyone she encounters while remaining morally principled, politically and socially minded, a citizen artist seeking to make an impression and a difference. Considering how much the world has changed over the half century during which she’s made films—and considering how much documentary filmmaking has changed over the same period of time—such sustained integrity of purpose, and of execution, is staggering. As she embarks on her sixth decade of filmmaking, with another Bognar collaboration, 9to5: The Story of A Movement, premiering imminently, Julia Reichert still has people to meet, questions to ask, experiences to honor, eyes to open. She is always paying attention, always and ever gloriously, furiously present.

—Eric Hynes is a curator of film at the Museum of the Moving Image in New York and Film Comment columnist.