"Sex and the Office": The Many Interpretations of Office at Night
Skip to main content

"Sex and the Office": The Many Interpretations of Office at Night

Within 10 years of finishing what is now one of his most recognizable and provocative paintings, Edward Hopper sold Office at Night (1940) to the Walker Art Center. It was one of ten works acquired after an exhibition of American painters titled New Paintings to Know and Buy, a 1948 “purchase exhibition” copresented at the Young-Quinlan department store on Nicollet Avenue. Then-Visual Arts Curator Norman A. Geske, Walker Assistant Director William Friedman, and Walker Art School teacher Mac Le Sueur selected artworks to add to the collection, including Yasuo Kuniyoshi’s Lay Figure and Gregory Prestopino’s Death of Snappy Collins. Initially, only two of the three voted to include Office at Night.

The painting’s situational ambiguity has led to a variety of interpretations over the years since then, the bulk of which suggest a sexual tension between the two figures—although Hopper never offered clear clues about the work’s narrative content.  “My aim was to try to give the sense of an isolated and lonely office interior rather high in the air with the office furniture which has a very definite meaning for me,” he wrote in a letter to the Walker. Then, after a brief discussion of lighting within the painting, he added: “Any more than this, the picture will have to tell, but I hope it will not tell any obvious anecdote, for none is intended.”

In planning for our showing of Hopper Drawing: A Painter’s Process, we considered ways we could tap into the painting’s openness to interpretation. In partnership with Coffee House Press, we decided to use Office at Night as the point of departure for a fully realized story. The resulting commission—to be released a chapter at a time each weekday between March 31 and May 2, 2014—takes the scene out of Hopper’s grasp and places it in the hands of two dexterous writers, Kate Bernheimer and Laird Hunt.

Here are some of the more intriguing places Edward Hopper’s Office at Night has turned up: 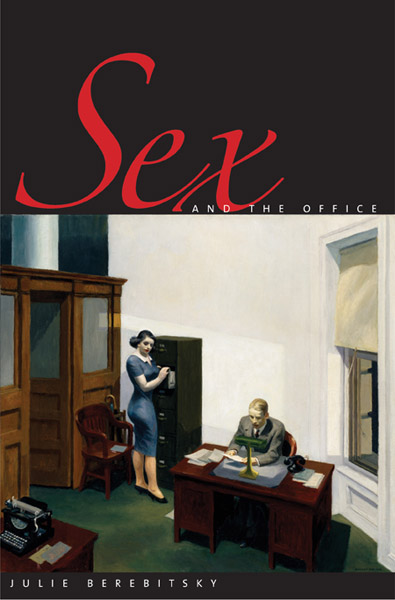 In 1998 the image was requested by Valentino Films LTD to be used in the Keith Gordon film Waking the Dead, a film about an aspiring senator (Billy Crudup) and an activist (Jennifer Connelly) who is helping Chileans escape from the military dictatorship that began in 1973, although the painting doesn’t appear in the trailer (above). Minnesota poet John Engman’s second book of poetry, Temporary Help, was finished but not yet published when he died of a brain aneurysm at 47. Published shortly after in 1996, the book has been praised by authors like Mary Karr as an underappreciated gem.

Writing for the Minneapolis Star Tribune, Wisconsin poet Thomas Smith had this to say about the Engman’s connection to the painting:

Like the painter Edward Hopper, John Engman illuminates alienated urban office spaces and apartment buildings with piercing compassion and intelligence. Like James Wright and Alden Nowlan, he is one of those lonely poets we read in order to feel less alone.

The Times noted that “Office at Night,” seen here, was one of many works by this artist on display at the Whitney.

I know you all would have gotten that one right.