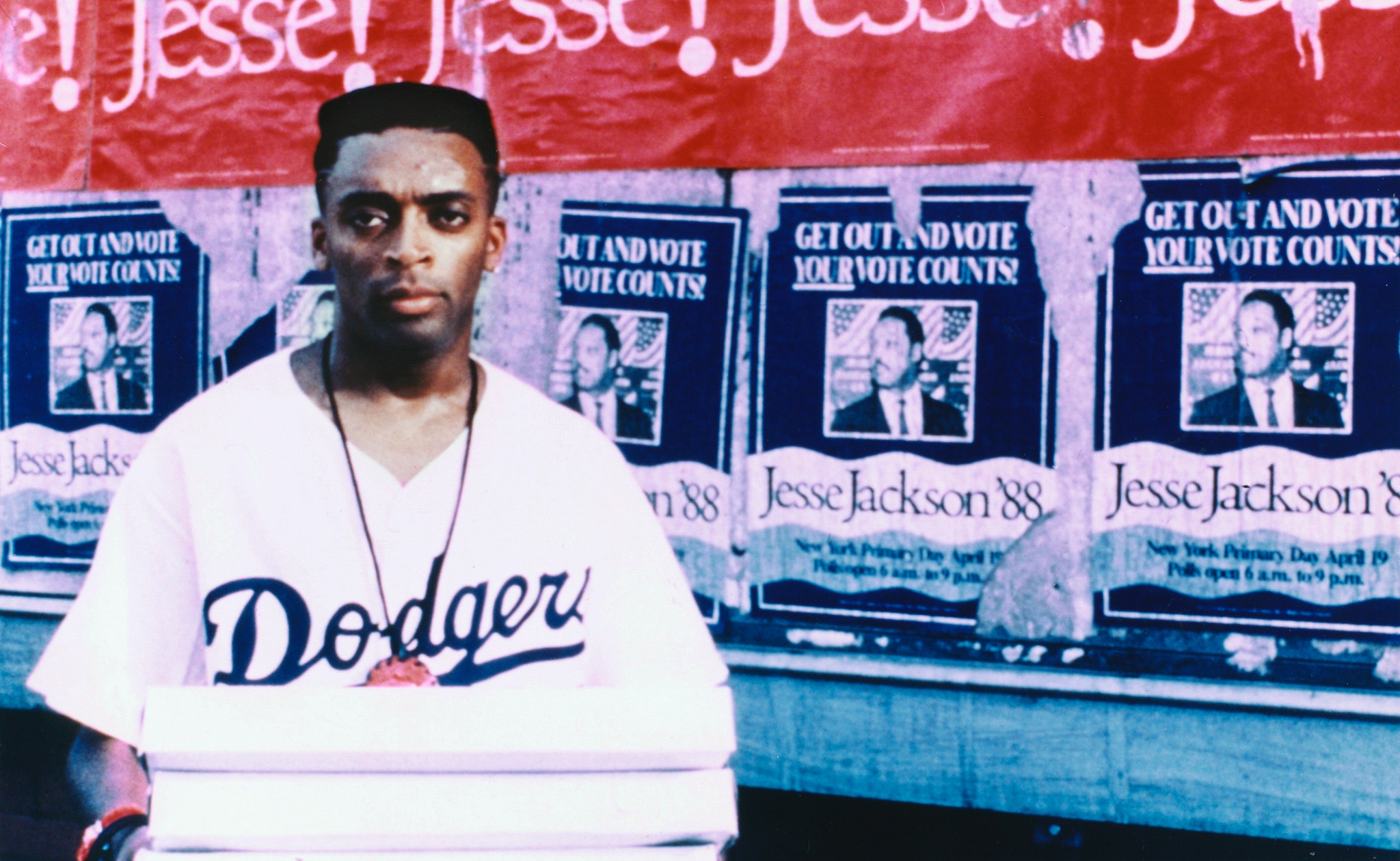 Spike Lee is a force in the world of cinema. Elvis Mitchell, entertainment critic for National Public Radio’s Weekend Edition with Scott Simon, calls Lee a “triple threat: innovative director, first-rate screenwriter, and gifted supporting actor.” Lee is behind ten feature films and dozens of music videos and commercials. He is most well known for his 1986 debut, She’s Gotta Have It, as well as School Daze (1988), Do the Right Thing (1989), and Mo’ Better Blues (1990)—films that will inspire young filmmakers for generations to come. His 1996 release, Get on the Bus, follows a group of African American men en route to the Million Man March. Mitchell and Lee discuss filmmaking and screen excerpts from both his music videos and filmography. Recorded in 1996.

There’s something liberating and emphatic about Spike Lee’s work, a boldness that literally begins with the declamatory titles of his movies: She’s Gotta Have It, School Daze, Mo’ Better Blues, and Do The Right Thing have a definite trigger effect. Beginning with She’s Gotta Have It and through to his most current, Get On the Bus, Lee has gone on to expose a world as alien as Mars to popular culture—the world of the African American, with all of its conflicts, avidity, and joy. In all aspects of his films, he seems to follow an instinct that leads him to demystify and break things down. Perhaps the most consistent thing about his work is that it’s about how black people behave and where they live.

As often as not, his expansiveness is magnified by his gift—and his interest—to provoke. She’s Gotta Have It played out a black woman’s right to express her sexual appetites as openly as any man. Remember how unusual it was in 1986—and still is today—to see a black woman in the movies written as smart, funny, intensely charismatic, and independent: not a victim. By training his eye on the drama inherent in just getting through the day, Lee gave depth to a milieu that was new and strange. Black audiences got a charge, because it was a chance to see themselves for the first time depicted as people getting through a completely managed day that involved a minimum of martyrdom. White audiences were moved and tickled by a glimpse of a world practically unexplored in film. His do-it-yourself, low-budget example eventually set off a new wave of filmmaking, an urban carpe diem that inspired an entire generation, both black and white.

Lee’s most underrated asset is his ear—the honest, funny, uninhibited dialogues that grow out of characters cajoling, confessing, and confronting—which makes us feel like we’re overhearing folks who can’t help the need to explain themselves. Intriguingly, that element, which still sets people to talking about his movies, is the thing that first hooked audiences. And he is without peer when it comes to scenes centering on the offhanded yet complicated chatter among black men.

Lee’s achievement—to become the first African-American filmmaker celebrated as an artist—undeniably grows out of his talent for the medium. Probably his biggest talent is his ability to excite with the verve of his command and the crackle of the ideas found in the pictures he’s compelled to make.

Elvis Mitchell is a film critic for NPR’s “Weekend Edition.” Formerly a critic for the New York Times, Mitchell has recently been teaching as a visiting faculty member in the African American Studies department at Harvard University.