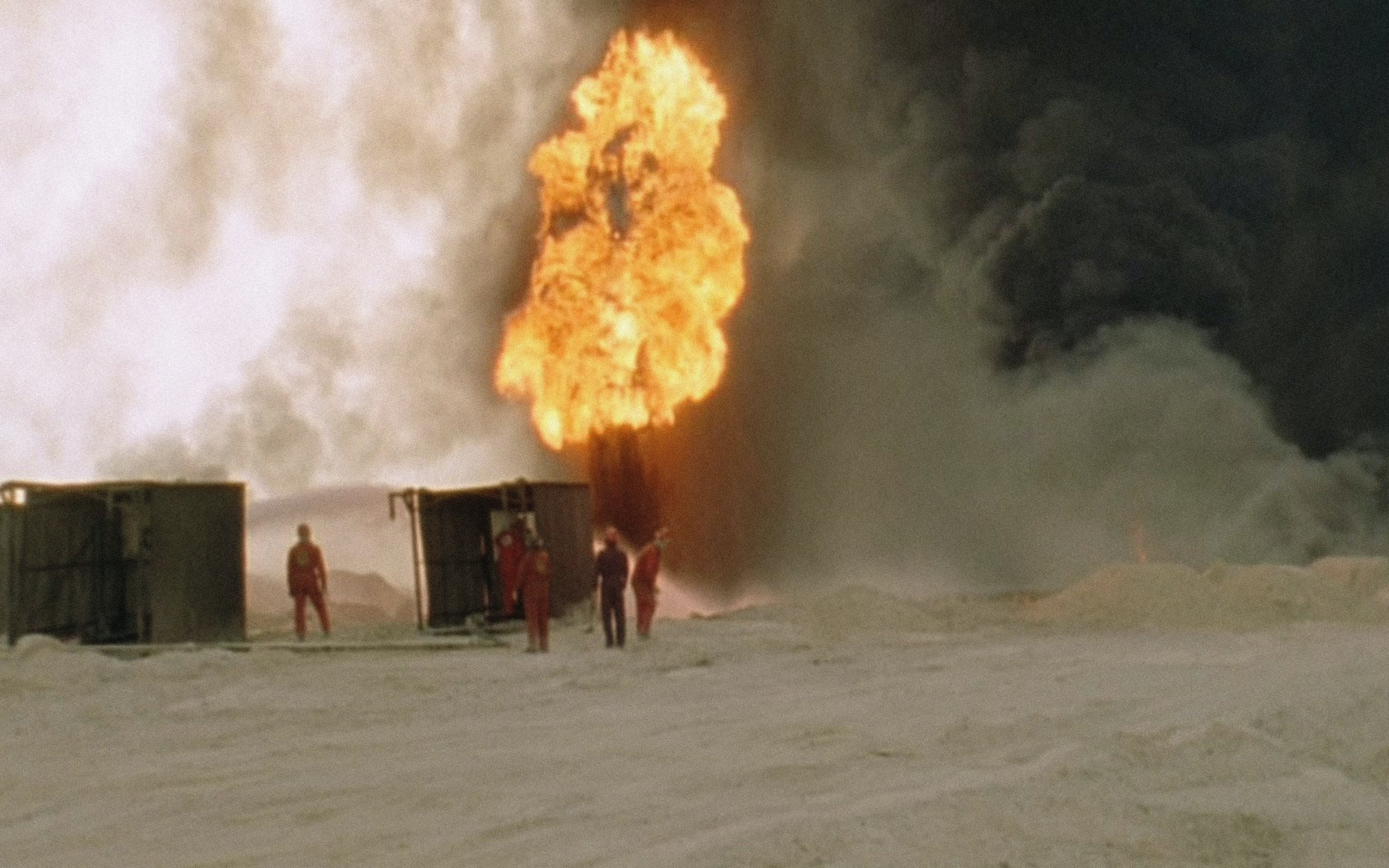 Werner Herzog, master of fiction and nonfiction, is a German director, screenwriter, author, and actor. He is known for works such as Aguirre, the Wrath of God (1972), Nosferatu the Vampyre (1978), Fitzcarraldo (1982), Lessons of Darkness (1992), and Little Dieter Needs to Fly (1997). His most recent release is Julianes Sturz in den Dschungel (Wings of Hope) (1998), the true story of the sole survivor of the 1971 LANSA Flight 508, which crashed in a thunderstorm while traveling from Lima to Pucallpa, Peru. Herzog almost boarded that flight until scheduling changes caused him to cancel at the last minute. The director and Roger Ebert, film critic of the Chicago Sun-Times, come together for a Dialogue examining Herzog’s process and filmography. Recorded in 1999.

Director Werner Herzog and Roger Ebert, film critic of the Chicago Sun-Times, come together for a dialogue examining Herzog’s process and filmography.

One day at the Cannes Film Festival, I was sitting in a cafe with Werner Herzog and he told me, “Our civilization is starving for great images.” I walked out of the cafe and into a screening and saw shots of people driving in cars and sitting in restaurants, the camera cut back and forth as they talked with each other about sex and crime, and I thought, yes, he’s right, these are not the images that will nourish us.

In Herzog’s films you will see monkeys gibbering around a madman in armor, who is on a sinking raft on the Amazon. And a man standing on a mountaintop and seeing the future. Villagers stunned with grief, breaking beer steins over each other’s heads because the secret of rose-colored glass has been lost. A man dragging a ship overland through the jungle. People creeping out onto thin ice to see the angels in a city at the bottom of a lake. A chicken going around and around on a conveyor belt. Clouds pouring like water down into a valley. A vampire in his grave of flesh. A man opening and closing every door in his house again and again, to be sure he is not locked in. A stagehand backstage at an opera, joyfully singing along with the tenor. A man locked in a cellar for years, wandering in amazement in the open air. The Jesuses of Russia, in sandals and beards, walking across the land with their gospel—each one presenting himself as the Christ. Dwarves in revolt. A man who could ski-jump so well he was always in danger of overshooting the landing area and flying on and on to his death. A ghost town in the shadow of a volcano expected to explode at any moment. A message being passed in a human chain reaching across the hills. This list could continue indefinitely. Some of these images are from documentaries, some are from fiction; can you guess which ones?

I met Herzog at the New York Film Festival, where he had shown his film Signs of Life, which Bob Shaye chose to inaugurate his new company, New Line Pictures. We sat in Shaye’s little apartment on Washington Square and talked into the night about the liberating, transforming power of the cinema. Every time I have seen Herzog since, the conversation has continued. Here is a man with a sublime indifference to the currents of ordinary commercial cinema. His films feel seized with visions. His characters dream of transcendence.

I think of him like those people creeping out of the ice. Each of his projects is precariously financed, because he does not supply explosions and people driving around in cars and smoking cigarettes in diners while engaged in sub-Tarantino wit about sex and crime. He doesn’t have the knack of being conventional. He is looking for the angels in their city. Maybe he will see them at last, and show them to us. Maybe the ice will break and he will drown. Or, drowning, sink down, down to be saved by the angels.

Roger Ebert is the film critic of the Chicago Sun-Times and author of The Great Movies (2002).