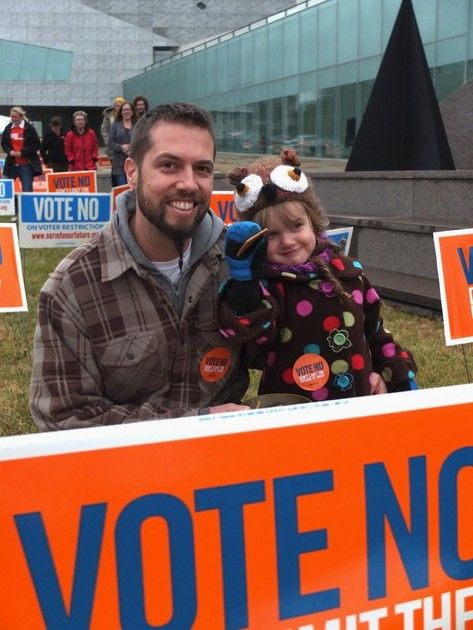 On Election Day 2012, the Walker invited staff, neighbors, and friends to be part of a “family portrait” that demonstrated our opposition to a constitutional amendment that would define marriage as only between a man and a woman. Nate Solas, then head technologist in our New Media Initiatives department, showed up with daughter Isla … and a batch of cookies. Baked by the Solas family, each Minnesota-shaped morsel had the word “No” printed on the front. The amendment was defeated, and six months later the Minnesota Legislature voted to legalize same-sex marriage.