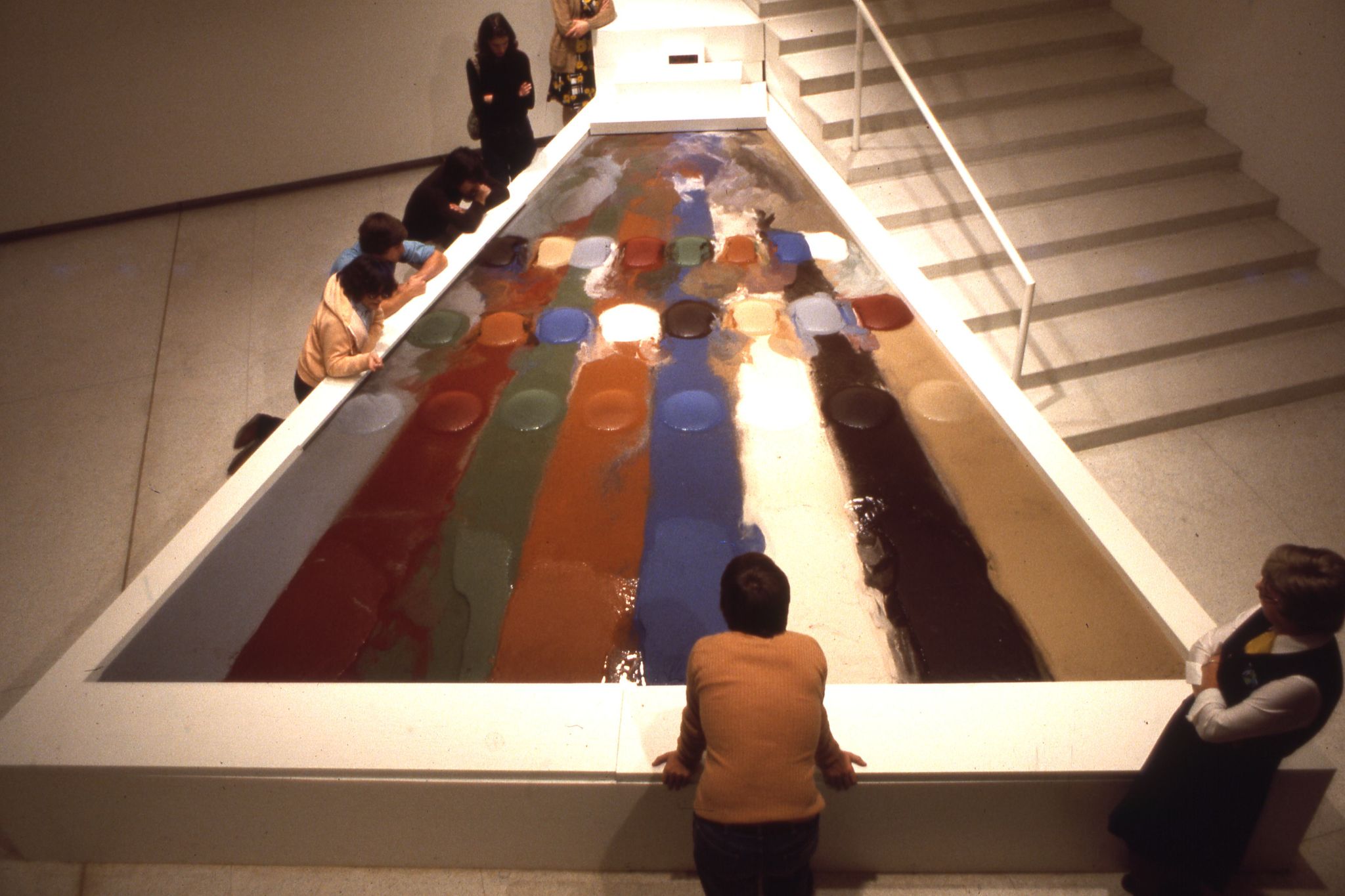 Alluvial Fan was commissioned by the Walker in 1976 to celebrate the Bicentennial in a huge exhibition focused on the Mississippi River. The exhibition ran for three months. My aim was to make a piece that would mimic the natural process of a river’s erosion and deposition and would gradually change over the course of the exhibition.

A working scale model was built in the Walker’s workshop to assess the amount of water velocity and the tilt of the bed necessary to attain the desired effect. The final work was assembled in the gallery and carefully lined with “ColorQuartz” a 3M product available in bright colors. A hidden water reservoir was filled and a special pump started to discharge water at the apex of the triangle. The water gradually saturated and filled the basin containing the quartz crystals, at which point, the water began to spill over the hidden dam at the base of the triangle, carrying particles of quartz. This mixture was then recycled and deposited at the head of the basin, and so on continuously for 3 months. Gradually, over the course of the show, the hard-edged design began to reconfigure into increasingly organic shapes.