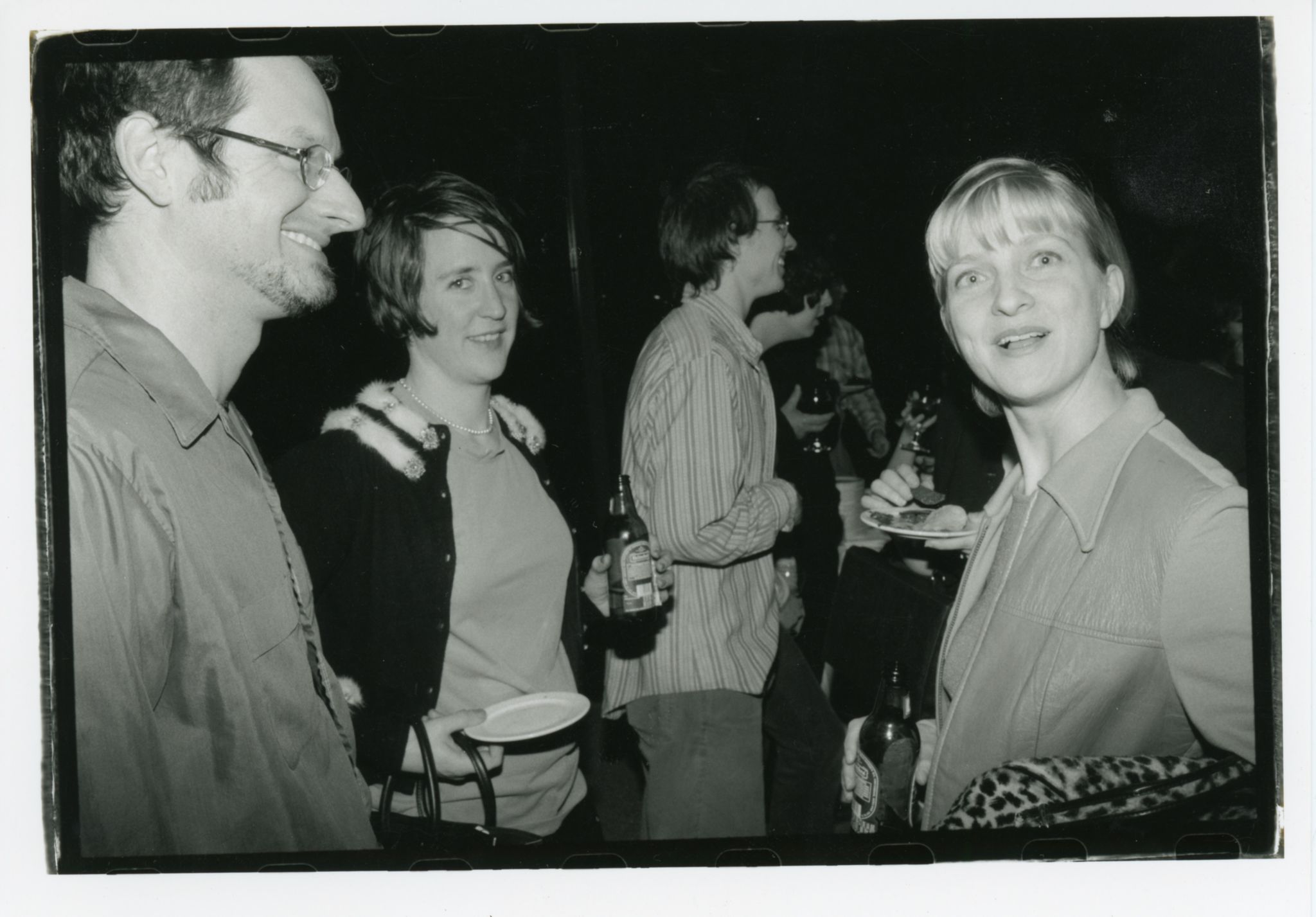 The date is lost to history, but it must be the late ‘90s as we’re relatively sedately dressed. During the glory days of Digger’s Delight 10 cents a pound for textiles, we wouldn’t think of coming to a Walker opening with fewer than than 3 outfit changes. (Note that a fur-trimmed cardigan and leopard bag were sedate by our standards.)