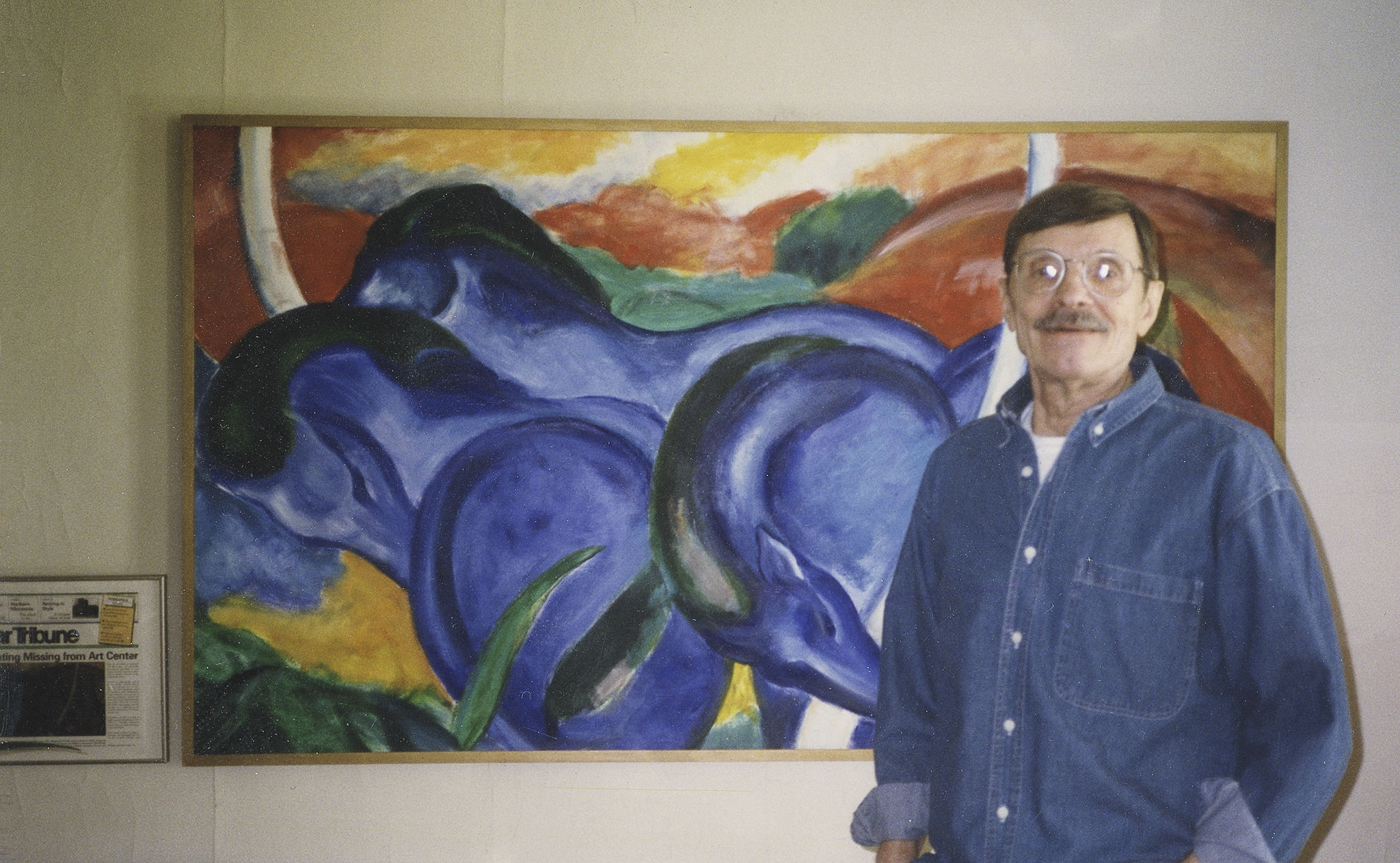 Stanley Stepan was a much-loved figure who spent 23 years at the Walker as Chief Guard. His favorite painting was Franz Marc’s The Large Blue Horses, and he often joked that he would take it with him when he left the Walker.

Stepan’s 1999 obituary in the Star Tribune reported on the democratic attitude that meant Stepan treated visitors, even “loopy” ones, the same way he treated director Martin Friedman. He was a man “whose voice echoed Broadway show tunes throughout the museum as he locked up at night”: fellow guard Betty Nelsen remembered that “you’d be standing there in the lobby waiting for the elevator and you’d start hearing this tap dancing, […] then the doors would open and he’d be standing there grinning like a Cheshire cat.”

Recounting grand times, the paper goes on to say that “there was perhaps no grander time than Stepan’s retirement party in 1994. His favorite painting had been Franz Marc’s Large Blue Horses. Toward the end of the party, a 6- by-8-foot replica of the painting was wheeled out. His colleagues had commissioned an artist to do the copy, which was so good some wondered whether it was the original.” Here, Stepan is pictured with his copy of the painting: he did indeed take it with him.