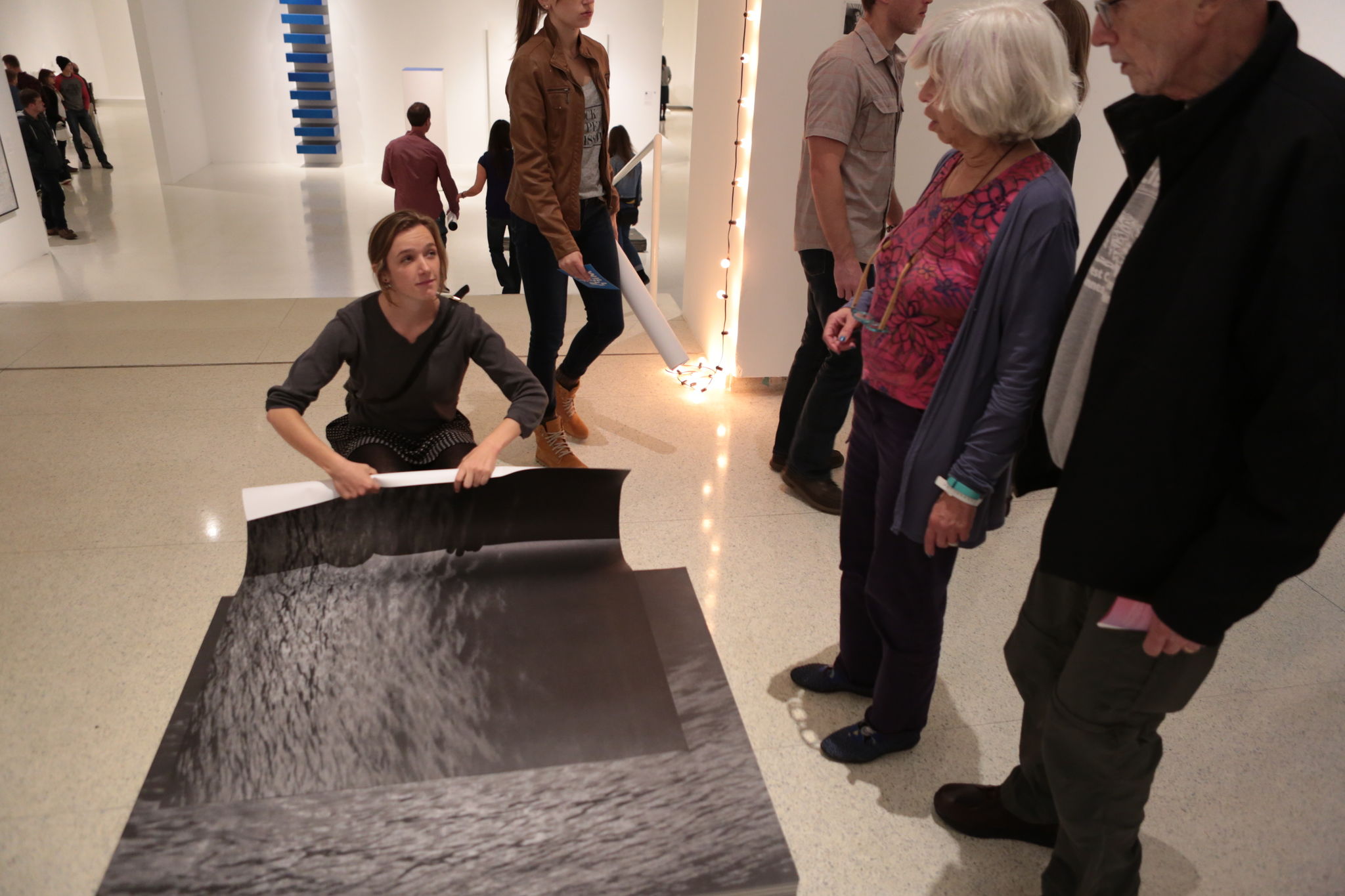 After college, I worked at an art gallery in Santa Monica, CA. I met a lot of hot-shot artists, though at the time I had no idea who anyone was. I bought a Bruce Connor inkblot piece because I thought it was pretty. Martin Kippenberger made me a (frankly ugly) drawing and I tossed it in the basement where it got water damage. Regular gallery visitors included Charles Ray, John Baldessari, Mike Kelley, Ed Ruscha (so handsome). Just nice guys, to me.

One the nicest guys I worked with was Felix Gonzalez-Torres. He flew to LA from New York to install his exhibition, along with his gallerist, and my friend, Andrea Rosen. The show was kind of a nightmare for me to facilitate. I had to order paper for one of his stack pieces–a red center with black border–and I couldn’t find the right weight or color for a good price. I had a problem of a different sort with the pile of candy in the corner of the gallery–they were silver-wrapped hard candies that looked like suppositories, and I couldn’t stop eating them.

Felix was sick when he came to LA for the show. I didn’t know he was sick until he checked into the hospital during the middle of the installation. It was so upsetting. Everyone who worked at the gallery visited him. Hospitals freaked me out at that age but I went too, because by that time I was in love with Felix. He was so sweet, sort of quiet and shy, absolutely endearing. He had incredible eyelashes. I watched “The Golden Girls” with him in his hospital room. He said it was his favorite show. I still don’t get “Golden Girls,” but I’ll always enjoy it as a prompt to remember Felix Gonzalez-Torres.

In photo: one of Felix Gonzalez’s untitled stack pieces and his Untitled (Last Light) on view in Art at the Center.