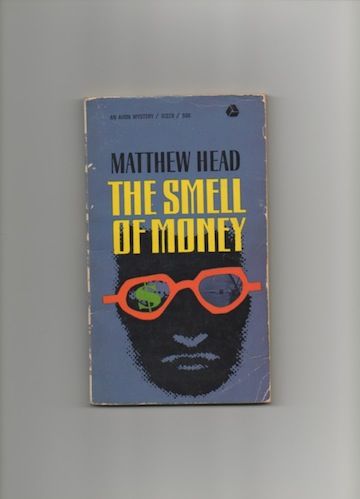 John Canaday was the chief art critic for the New York Times in my days at the Walker. He was a firebrand when it came to Abstract Expressionism. He disliked it—no, worse than that, he hated it—calling it a “vogue.” This, when Harvard Arnason (one-time director of the Walker) wrote in his definitive History of Modern Art that it was “the most original movement in the history of American art.”

Canaday came to Minneapolis to review an exhibition, and he, Martin Friedman (then director of the Walker) and I were in Martin’s office visiting over a drink. I happened to know that Canaday had written mysteries under the pseudonym Matthew Head and I mentioned this. He instantly warmed up, delighted that someone knew of his secret love, mystery writing. I don’t know if his review of the show was more favorable because of this but it certainly didn’t hurt. When he got back to New York, Canaday mailed me an autographed copy of his first book, The Smell of Money. He enclosed a letter in which he expressed concern that a love scene was too tame.