Stitching for art 5 of 6 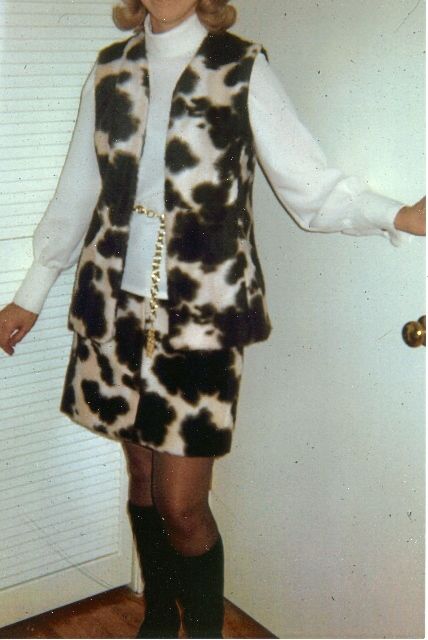 Peggy Georgas made her own dresses for the many Walker parties she attended with her husband, Peter Georgas, publicist for the Walker from 1964 to 1979. Peter usually took a picture of Peggy in her just-finished creation in their living room before they left for the party. In this photo, Peter’s efforts to get Peggy’s boots into the shot called for some sacrifices.

Peggy and Peter were header off to the “Goodbye Party” held for the old Walker Galleries building in 1969. (Peter called it the “Edifice Wrecks Party,” though this nomenclature didn’t catch on beyond staff.) See Peggy’s outfit in action in this much-loved photo of party-goers arrayed on the Walker’s Grand Staircase.