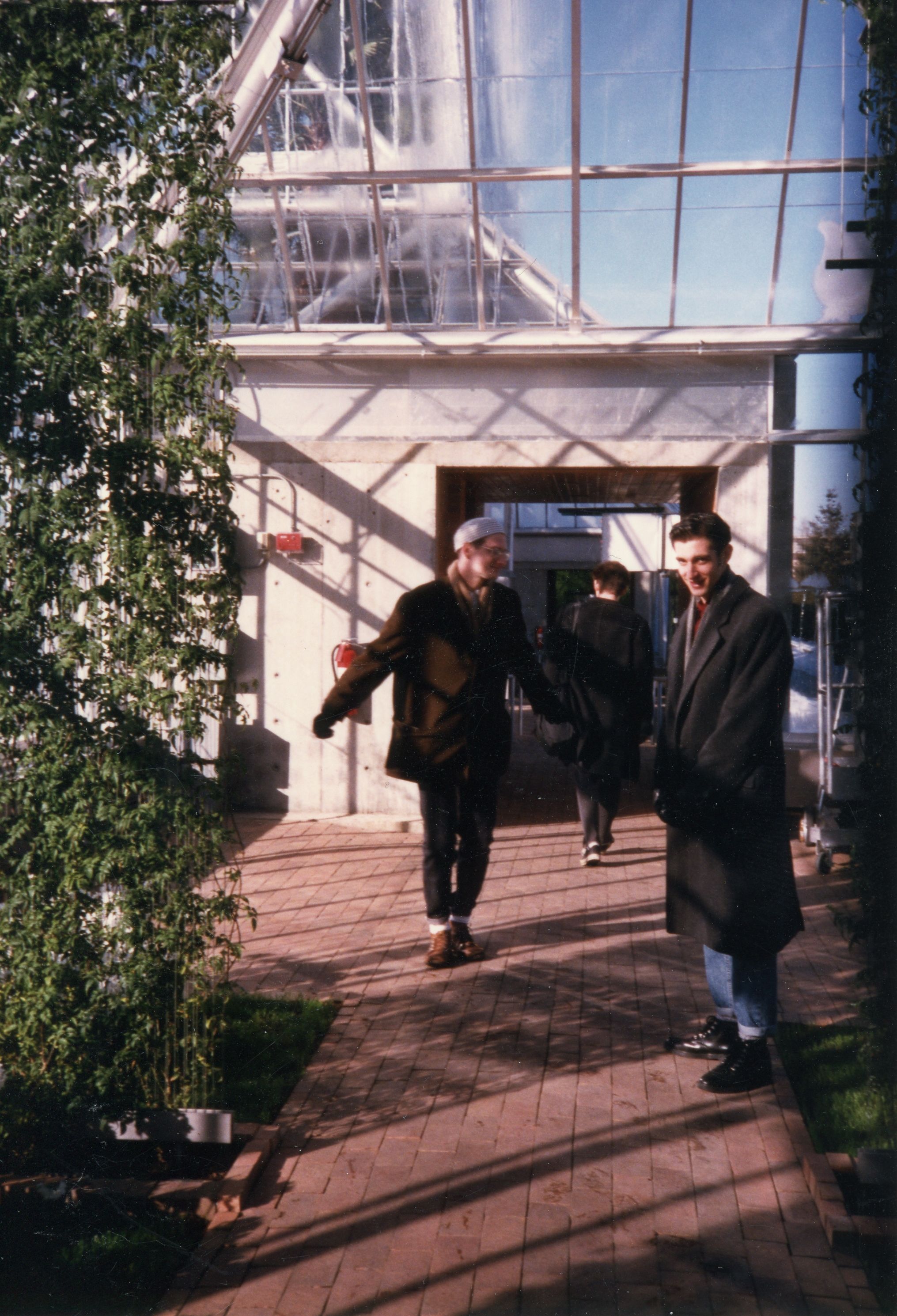 Dean Otto (now WAC Film/Video) and Scot Schy (raconteur) in the Cowles Conservatory in February, 1989. They were visiting Film/Video intern Kristi Highum, who set them up to view Todd Haynes’ “Superstar: The Karen Carpenter Story,” in the WAC offices.

Later that evening, Scott put $5 in the laserdisc jukebox at the CC Club and selected Tiffany’s “All This Time” to play repeatedly. The jukebox was soon unplugged by CC staff who feared damage to the video screen when customers began pelting it with beer-soaked napkins in protest.