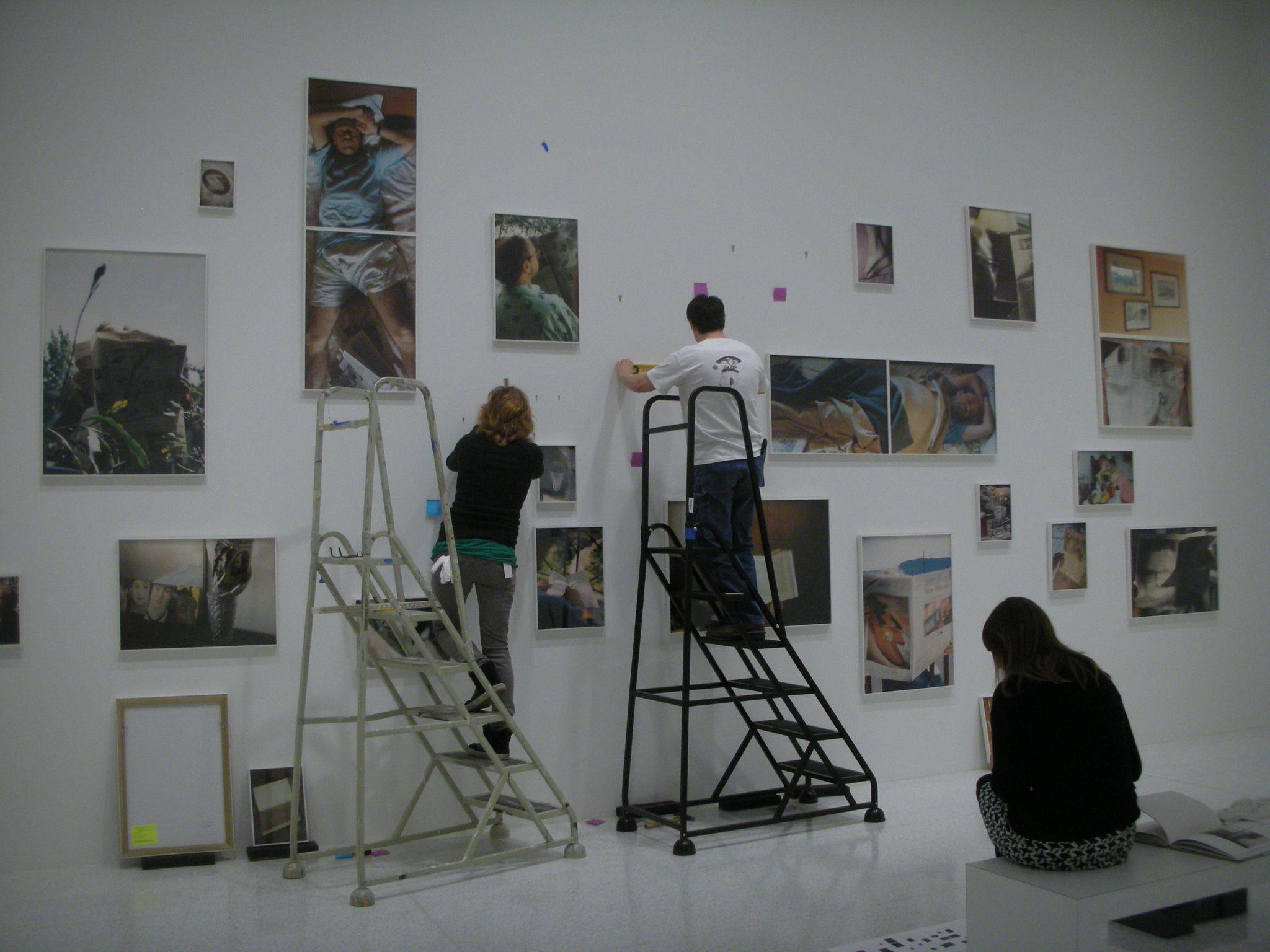 This photo is from the installation of my show Present Tense, originally organized by MoMA, at the Walker. The MoMA exhibit had its own spin: it began with my “Rephotographic Survey Project,” in which I went to locations photographed in the 19th century by William Henry Jackson and others. In other words, at MoMA my work was introduced as coming out of a larger history of photography. At the Walker, my work was introduced by performance, or by the crossover of my thinking about the viewer and the viewer’s body with early ’80s experimental performance. And with how that also crisscrosses with my interest in the performative nature of shooting a portrait and viewing a life size photograph.

In both venues, we found it was really easy to begin and end the show–there were logical choices to be made about how to display the pieces. But the middle was difficult. I found I had a massive amount of material that dealt with daily life, including numerous photographs of my husband sleeping and of the two of us just being together. These were hybrids, something between snapshots and early 20th century European paintings (with Japanese prints and maybe a little Italian Quattrocento thrown in, too). It was a challenge to display this huge central portion of my work. The curator at MoMA and I developed the idea of a single huge wall showing a composite of these daily-life-photographs. But when Siri Engberg and I worked on the same idea at the Walker, this wall really came into its own. We both wanted to suggest the timelessness of the work with a display that felt like it could go on indefinitely in both directions; we achieved that by mounting the photos all the way to the edges of the walls.