Henry Threadgill at the Walker
Skip to main content 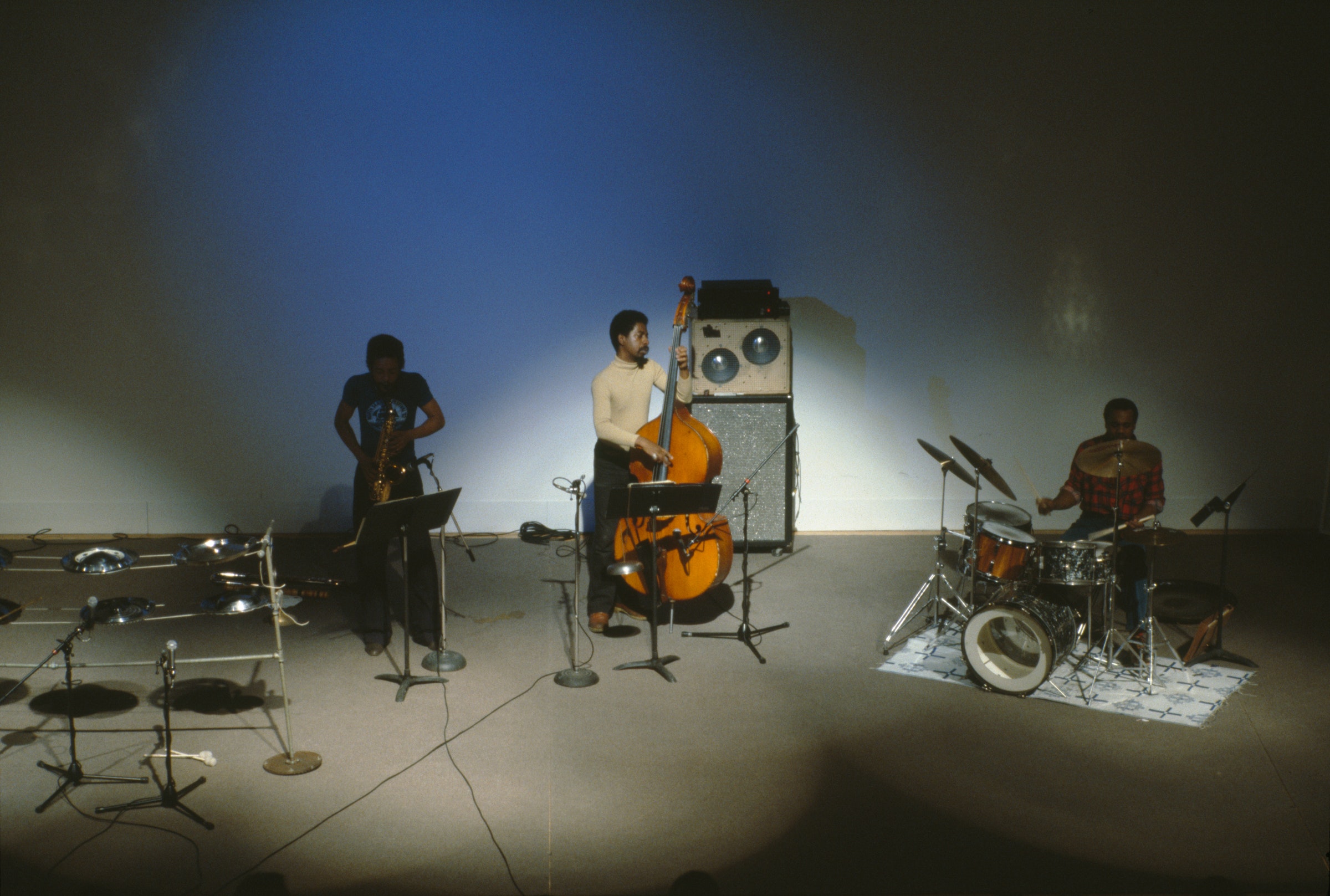 Danielle A. Jackson, “Cecil Taylor at the Walker,” in Creative Black Music at the Walker: Selections from the Archives, ed. Danielle A. Jackson and Simone Austin, Vol. IV of the Living Collections Catalogue (Minneapolis: Walker Art Center, 2020). https://walkerart.org/collections/publications/jazz/henry-threadgill-at-the-walker/

By challenging the very tenets and prescriptive limits of the term jazz, composer, saxophonist, flautist, and Pulitzer Prize–winner Henry Threadgill (US, b. 1944) embarked on an odyssey of sonic explorations and radical redefinition in the early 1970s. Enigmatic, witty, and deeply inquisitive, Threadgill creates a carefully crafted chaos that swings and confounds in equal measure. Since childhood, he immersed himself in a biome of sounds that included gospel, boogie-woogie, mariachi, polka, 20th-century Euro-classical, and New Orleans brass, mastering these forms and finding exhilaration in the collision of them all.

His omnivorous artistic intake accelerated with the creation of his collaborative ensemble Air (cofounded with bassist Fred Hopkins and drummer Steve McCall) as well as his own Sextett, Society Situation Dance Band, Very Very Circus, and Zooid, among others. His interest in unusual and found instrumentation (tuba, hubkaphone, accordion) and unorthodox pairings further evolved his idiosyncratic musical logic. Threadgill was also an original member and contributor to the Association for the Advancement of the Creative Musicians (AACM) while he lived in Chicago. This incubation period with the collective proved vital in the formation of his musical theories and connections. Known for expecting and finding the best from a wide variety of collaborators such as Roscoe Mitchell, Muhal Richard Abrams, Joseph Jarman, Jack DeJohnette, and Lawrence “Butch” Morris, he was able to forge and maintain key relationships that helped hone his conceptual frameworks and musical fluency.

But it was with his trio Air, with Hopkins (bass) and McCall (drums), that he found his first thorough exploration of technique and texture where all musical components were equal. Considered one of the most accomplished improvising bands of the 1970s, Air produced eleven albums and toured the world, up-ending our ideas of jazz with doses of ragtime, abstract funk, and deep blues in a polyphony of ideas and sound.

Now clearly viewed as one of the most creative innovators of our time, Threadgill continues to make music like no other. His influence remains strong and has permeated diverse spheres of music as well as generations of musicians. Over the decades Threadgill has performed at the Walker with Air, with his large ensemble Very Very Circus in 1995, and as part of Jack DeJohnette’s Made in Chicago project in 2015. And his creative impact was further evidenced by the Walker’s presentation of Celebrating Henry: A Threadgill Festival in 2019, a two-day festival that concluded with an inspired set by his quintet Zooid.

This module features audio from a rare 1983 recording of Threadgill’s collaborative trio Air, live at the Walker; a conversation between pianist and composer Jason Moran and Philip Bither, the Walker's McGuire Director and Senior Curator of Performing Arts, on the importance of Threadgill’s art; a short video tribute from Minnesota musicians who took part in the festival concert celebrating the artist’s music; and an artist response from Michelle Kinney, a former Threadgill colleague, local curator, and cellist.

On Henry Threadgill: Jason Moran in Conversation with Philip Bither

Remembering My Time Spent with Henry Threadgill and His Music