Ornette Coleman at the Walker
Skip to main content 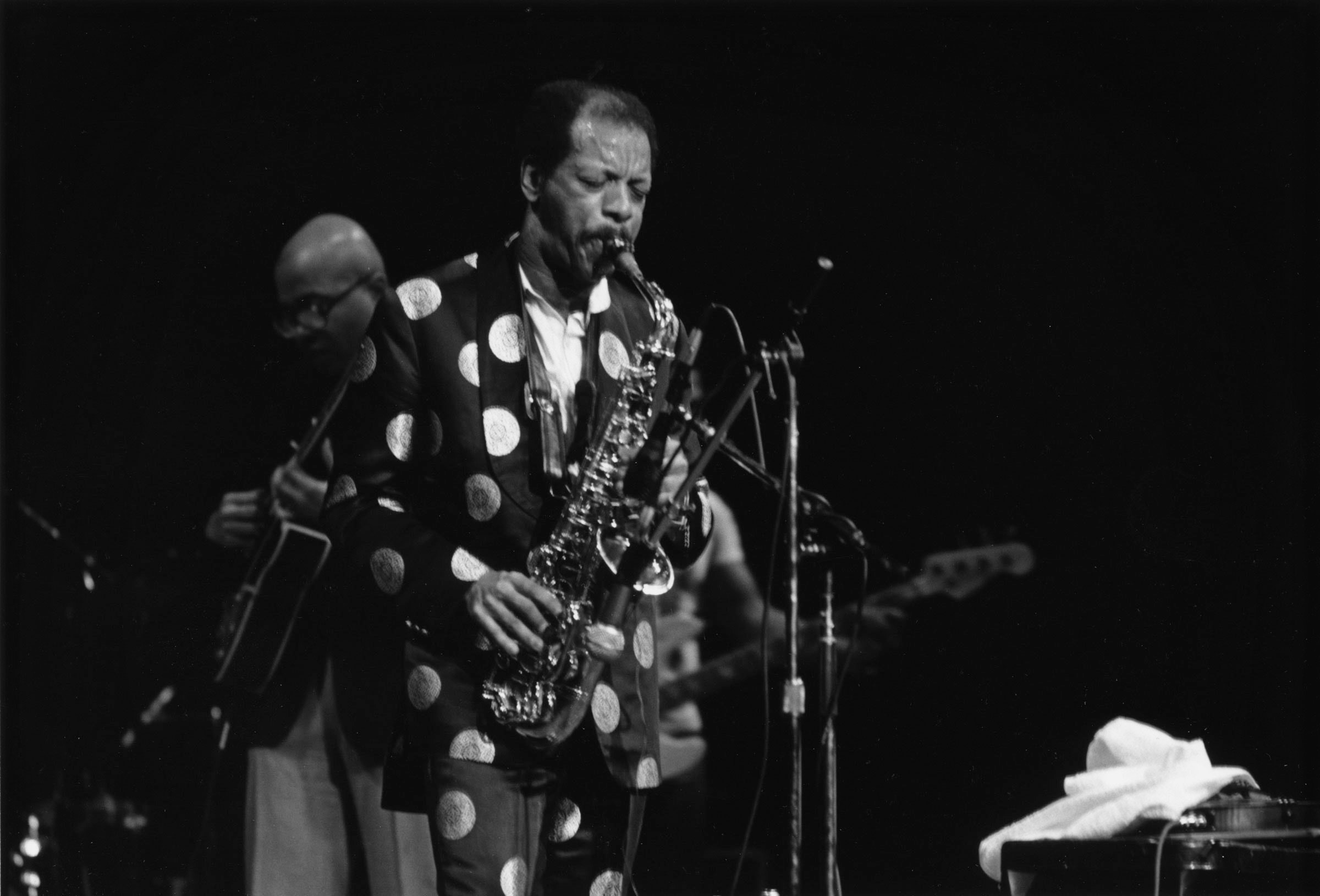 Simply stated, composer and saxophonist Ornette Coleman (US, 1930–2015) changed the way we hear music. With a deep inquisitiveness, singular virtuosity, and an unharnessed free-blown spirit, he more fully opened the mind’s ear to the notion of freedom as no other had done before. For more than sixty years, Coleman crafted work of colossal impact and presaged the shape of sound to come, forever securing his place in the legacy of jazz and beyond.

Coleman began playing and composing music in Fort Worth, Texas, in the 1940s, and learned his craft through a variety musical endeavors and bands, primarily rhythm and blues. That early exposure to those sounds remained deeply rooted in his psyche throughout his career. The artist quickly became inspired to look beyond his early musical experiences and sought a path where his aesthetic intuition, metaphysical wonderings, and desire for the experimental could evolve in harmony.

With a profound understanding of what had come before and a desire to amplify what might be, Coleman devised his summative musical philosophy of “harmolodics,” also called “sound grammar.” This theory and practice offered complete compositional freedom for the artist and his collaborators, bringing together an inspired interplay between abstraction and ebullience, risk and reward. This extrapolating equation multiplied his inner compositional logic with a limitless palette of sound and produced musical machinations that bounded between clinical articulations and revelatory rapture.

Coleman’s artistic appetite grew over the decades and his stylistic approaches continued to evolve and blossom into several distinct musical periods. But as his career and fame expanded, his seeming disregard for popular musical convention and momentary tastes meant his work challenged both fans and fellow musicians alike.

After forging in 1950s Los Angeles one of the most revered quartets in jazz history (with Don Cherry, Charlie Haden, and Billy Higgins) and essentially inventing the genre of free jazz, Coleman embarked on an ever-expanding universe of creative projects throughout his career, including cross-genre collaborations and albums made with artists ranging from Jerry Garcia and Pat Metheny to musicians from Morocco and Nigeria. With more than fifty recordings to his credit, Coleman has earned a spot in DownBeat’s Hall of Fame (1969), a MacArthur “genius” grant (1994), a lifetime Grammy Award (2007), and the adulation of countless musicians who have taken inspiration from his pioneering will.

A key influence on many musicians featured on the Walker stage, Coleman performed at the Walker four times, in 1967, 1982, 1984, and 2005, the latter in conjunction with the three-day Festival Dancing in Your Head. Named after Coleman’s landmark 1977 recording Dancing in Your Head and copresented with Headwaters Music, the festival featured Coleman-style sonic explorations and was held in celebration of the artist’s 75th birthday. A video from the performance—a Walker co-commissioned work by Coleman for New York’s Bang on a Can All-Stars chamber ensemble and his son, Denardo (drums), which concluded the twelve-hour marathon—is included in this section on the artist. (The evening prior, Coleman had performed a full concert with his newest quartet in the Ted Mann Concert Hall in Minneapolis as part of the festival, previewing material from Sound Grammar to be recorded six months later live in Germany and go on to win the 2007 Pulitzer Prize). Find out more about the event in the interview below, originally published on the Walker Reader in 2005, between drummer and composer Dave King and Philip Bither, the Walker's McGuire Director and Senior Curator of Performing Arts, who discuss Coleman’s singular vision and influence on improvised music and the broader worlds of art and culture. As Greg Tate describes in his 2005 Walker-commissioned tribute, republished shortly after Coleman’s passing in 2015, “Coleman’s music is different because his answers always sound like questions too, like an endless quest for questions fed by an unabated curiosity about human existence and the human capacity to feel, and yes, to suffer too.”

Ornette Coleman and the Bang on a Can All-Stars perform “Haven’t Been Where I Left,” McGuire Theater, Walker Art Center, April 23, 2005.

Why the Hell Ornette
Went All Up in Eden