Julius Eastman at the Walker
Skip to main content 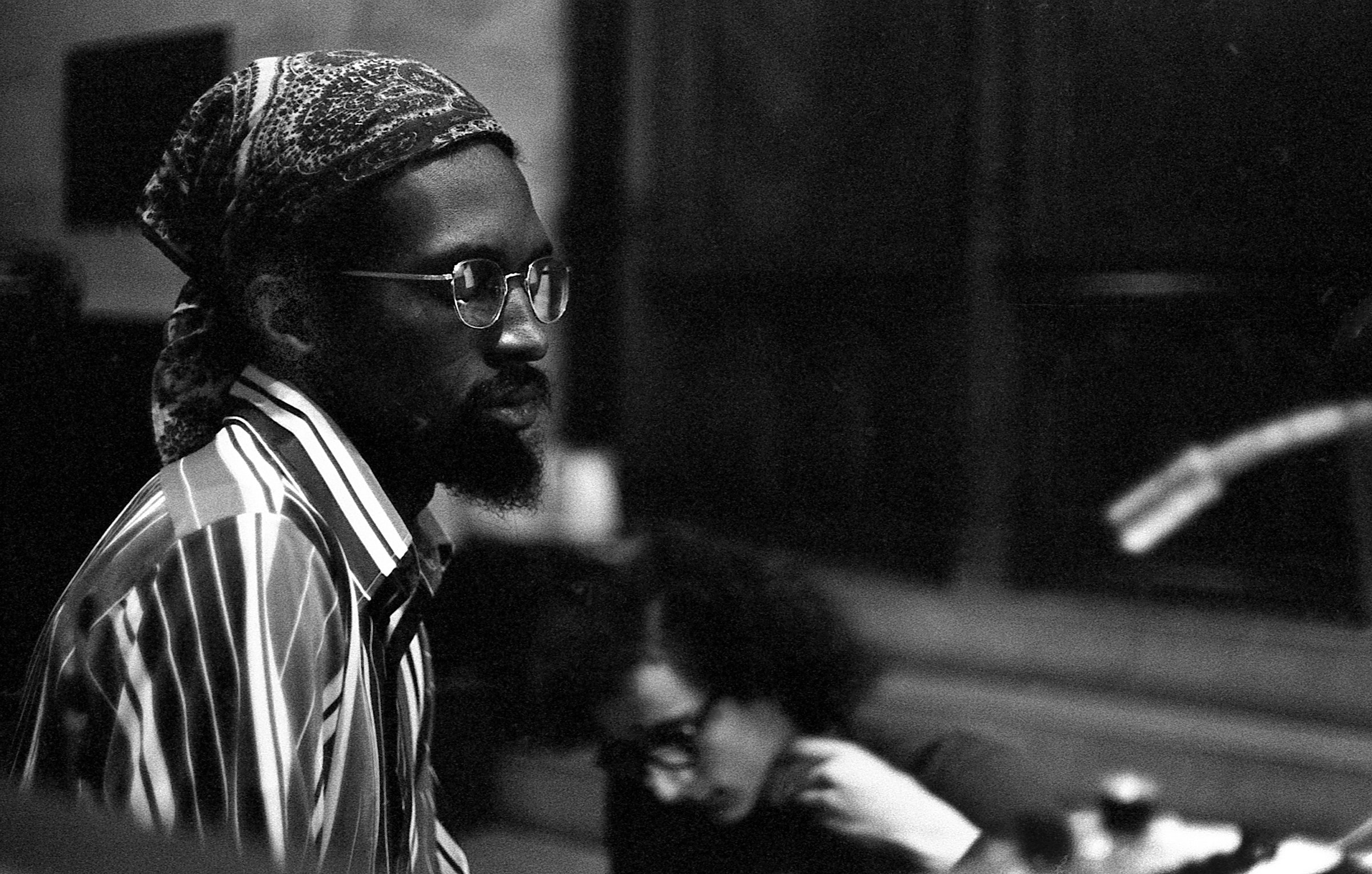 Danielle A. Jackson, “Julius Eastman at the Walker,” in Creative Black Music at the Walker: Selections from the Archives, ed. Danielle A. Jackson and Simone Austin, Vol. IV of the Living Collections Catalogue (Minneapolis: Walker Art Center, 2020). https://walkerart.org/collections/publications/jazz/julius-eastman-at-the-walker

As agreed upon the two works to be performed are Gay Guerrilla & Evil Nigger, the lengths of the pieces are 28:30 and 19:35 respectively, a total 48:05. The instruments to be used are 4 violins, 4 violas, 3 celli, 1 Bass. Good would be 5 three hour rehearsals. I will arrive the day before the first rehearsal, and I am to receive the agreed [payment] in cash on the day of arrival. Let me know by phone if these things are possible.

Yours, Julius EastmanJulias Eastman, handwritten letter to Nigel Redden, director of Walker Performing Arts about the artist’s requirements and plans for his performance as part of the New Music America Festival, Spring 1980, Walker Art Center Archives.

In a 1980 handwritten letter to Nigel Redden, the director of Performing Arts at the time, the composer and vocalist Julius Eastman (US, 1940–1990) details what he will perform at the Walker’s 1980 New Music America Festival. The event, which was presented by the Walker in conjunction with the Minneapolis College of Art and Design and the Minnesota Composers Forum, included more than seventy-five composers, performers, and ensembles from throughout the United States in an attempt to represent the stylistic diversity of experimental music at the time.The Walker’s 1980 New Music America Festival was not the first of its kind. In 1979, the Kitchen presented New Music, New York, a ten-day series of performances and panels. The Walker’s iteration was more expansive and included a more diverse range of projects in order to investigate the breadth of avant-garde music at the time. See Kent Devereaux, “The Twin Cities—Twelve Years After,” in New Music Across America (Valencia, CA: California Institute of Arts, 1992), 13. The festival included an array of musical happenings—from traditional music concerts to environmental performances, sound sculptures, and installations—and featured a diverse range of artists, including Maryanne Amacher, Laurie Anderson, Art Ensemble of Chicago, Robert Ashley, Anthony Braxton, Julius Eastman, and Julia Heyward, among others.

According to Redden, “The New Music America Festival was founded on the principle of ‘us’ and ‘them’—it was a kind of rally cry for American experimental composers who were often overlooked and shut out of traditional concert halls because their work was seen as oppositional.”Devereaux, “The Twin Cities—Twelve Years After,” 14. Allowing a variety of sonic experimentations to coexist together, from jazz to minimalist sound (admittedly, as they do in the real world), the Walker’s festival built upon, deepened, and expanded the concepts that fueled the New Music festival held a year prior at the Kitchen, New York, and ambitiously increased the scope of its geographical locations by presenting events at a number of carefully selected venues across the Twin Cities.Though Eastman was relatively unknown to most outside of niche music circles until recent years, his compositions Evil Nigger and Gay Guerrilla, performed as part of the New Music America Festival in 1980, today are among his most celebrated works.A few weeks prior to the Walker’s New Music America Festival, Eastman was an artist in residence at Northwestern University, where he performed three compositions: Evil Nigger, Gay Guerilla, and Crazy Nigger. After protests on campus led by black students and faculty members, who found the language derogatory, the titles were omitted from the January 1980 concert program. (In the Walker’s New Music America program, Eastman’s titles were printed in full as the artist desired.) Eastman addressed the topic in his introductory remarks at Northwestern: “There is a whole series of these pieces. They are called the ‘Nigger’ series. Now the reason that I use that particular word is because for me it has a, what is, what I call a basicness about it … that thing which is fundamental, that person or thing that obtains to a basicness, a fundamentalness, and eschews that thing which is superficial or, what we can say, elegant.” As Jace Clayton notes in his essay in this volume, Eastman’s titles “operate as conceptual artworks. They draw attention to who can say or print them, limit where they can be performed, even dramatize the perceived identities of the musicians performing them.” See Jace Clayton, “Reverence Is a Form of Forgetting,” in Creative Black Music at the Walker: Selections from the Archives, ed. Danielle A. Jackson and Simone Austin, Vol. IV of the Living Collections Catalogue (Minneapolis: Walker Art Center, 2020), walkerart.org/magazine/reverence-is-a-form-of-forgetting/; and Mary Jane Leach, “How to Talk About History? A Spurned Speaker Wonders How to Handle Incendiary Titles by Composer Julius Eastman,” ARTnews, September 13, 2019, https://www.artnews.com/art-news/news/julius-eastman-incendiary-titles-13168/. For more on the subject, see also George E. Lewis, foreword, in Gay Guerrilla: Julius Eastman and His Music, ed. Renée Levine Packer and Mary Jane Leach (Rochester, NY: University of Rochester Press, 2015), xii–xiv; and David Borden, “Evil Nigger: A Piece for Multiple Instruments of the Same Type by Julius Eastman (1979), with Performance Instructions by Joseph Kubera,” in Gay Guerrilla, 135–137.

Born in New York City in 1940 and raised in Ithaca, New York, Eastman composed what he called “organic music,” in which each phrase of a piece contains elements from a previous phrase, though at times some phrases were eliminated altogether. Often creating long pieces written for a strict number of instruments, Eastman was a radical composer who has been likened to iconoclasts such as John Cage or minimalists like Philip Glass. However, as an openly gay black man (who had a flare for provocative titles), he took on a more radical politics in his work, layering his music with sociopolitical concerns that became extensions of the messy world in which he existed.

Eastman’s compositions and their intricacies have inspired generations of contemporary sound experimentalists, such as Kevin Beasley, L’Rain, Camille Norment, and Jace Clayton (DJ /rupture), whose work The Julius Eastman Memorial Dinner serves as electronic tribute to the composer as well as the starting point for his essay in this publication.

Reverence Is a Form
of Forgetting