An Alternative History of Cinema: Opening the Walker Dialogues Archive
Skip to main content
By 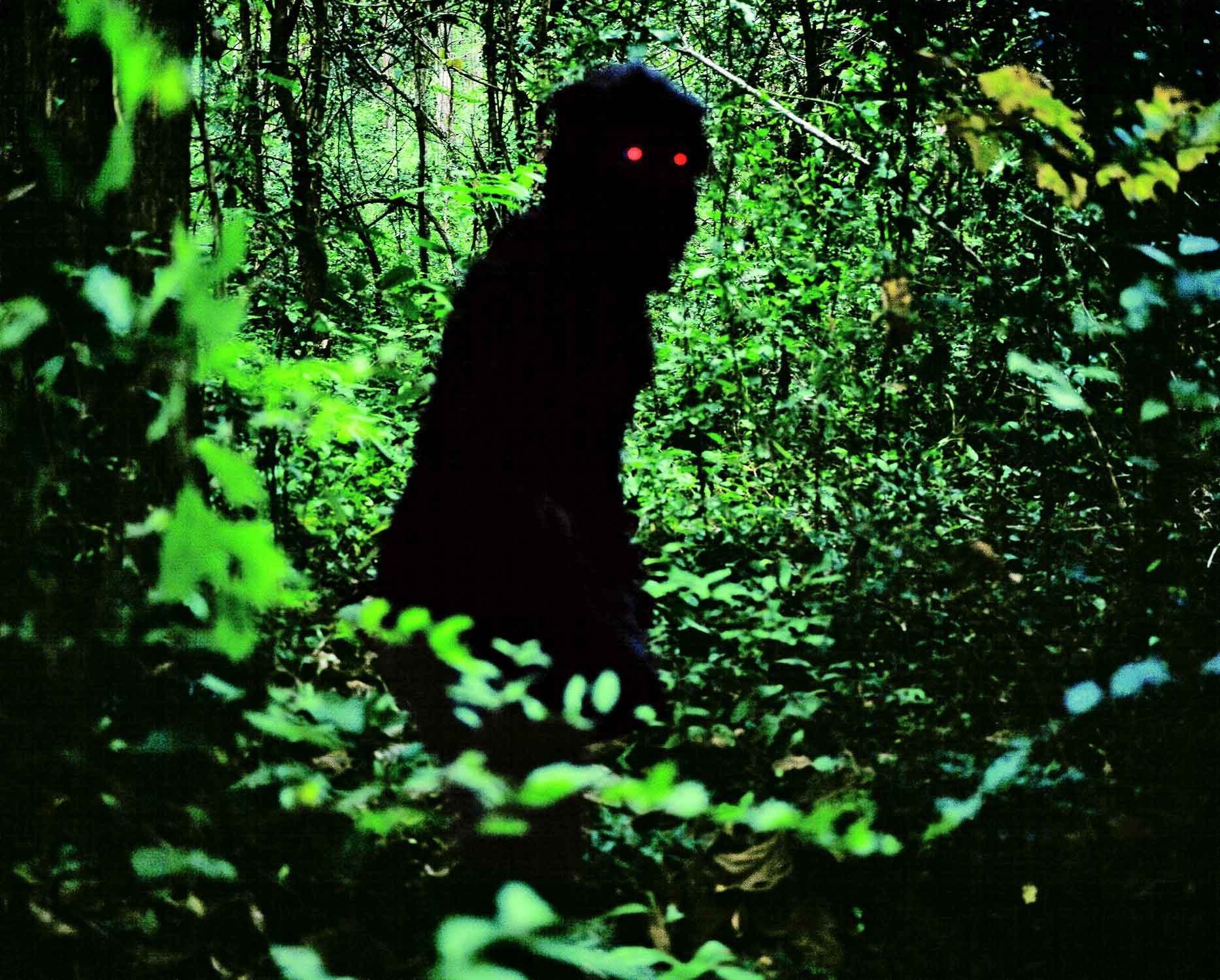 Walker Reader Filed to Crosscuts
Apichatpong Weerasethakul, Uncle Boonmee Who Can Recall His Past Lives, 2010.

Over the past year, I've worked as an archivist on the Walker Dialogues and Retrospectives' 30th-anniversary project. I was tasked with digging through the basement archive to resurrect three decades of filmmaker interviews. Until now, the Dialogues interviews had been a series of single, discrete events: its history has spanned multiple curators and decades, which means I was the first to see them as a full collection. As I watched and listened to the filmmakers—taking in more than 100 hours of documentation—I heard a unique version of cinematic history chronicled in the talks, a firsthand account of the filmmaking process. As I documented these talks, I realized the conversations were not just between the filmmakers and their interviewers. As a collection, they were also in dialogue with each other, creating an alternate film history that spans decades and genres.

Curatorially, the Dialogues series aimed to present a look back at a filmmaker’s body of work, intentionally timed for a pivotal moment in their career. Renowned critics, scholars, curators, and producers—including Roger Ebert, A.O. Scott, B. Ruby Rich, and Molly Haskell—were invited to lead conversations on the filmmakers’ artistic development, illustrated by select clips from their retrospectives. Their dynamic combination created a setting in which filmmakers could share their journey as an artist, prompted by thoughtful inquiry, resulting in an autobiographical addition to our understanding of cinema. As a newly collected and produced archive, the Dialogues can serve as a masterclass of film history for online audiences—not a cinematic history found in textbooks but an immensely personal record told from the greats of the medium.

In February 2020, I discovered the breadth of the experience in person for the first time as an audience member. Both Bong Joon Ho and Julia Reichert visited the Walker in the same month as their Oscar wins. Bong’s Parasite had captivated the world, and everyone was eager to meet the man behind the masterpiece. In the Walker Cinema, he spoke about his world-building set pieces, the inspiration of Jacques Tati and Akira Kurosawa, and how he achieved his cinematic tone. Near the end of his interview, Bong summed up the intrigue of the Dialogues interviews perfectly with its focus on cinema, not the promotion that surrounds it. Having just finished up an exhausting Hollywood press junket, he seemed relieved to just “sit down and talk films," as he put it. "It was all just about movies tonight.”

In discussing her timely, politically driven documentaries, Reichert spoke about breaking the unwritten rule of cinéma vérité by interacting with her subjects and “being a nice person in the room,” thereby giving her subjects the space to tell their personal stories. She never came in with an agenda, she told Dialogue audiences, only curiosity, which meant that even when people weren’t shown in the best light in her documentaries, they felt the filming was fair. Because Reichert's personal approach entwined her personal life with her film history, it was impossible to separate the two. Her interview not only covered topics of the documentarian's process but also of the very human realities of artmaking. As Reichert's February 29 Dialogue was drawing to a close, interviewer Eric Hynes asked her what creating these films—which could often involve more than two years of shooting—had cost her. Reichert candidly spoke about lost relationships and her battle with cancer, positing that the stress of making her most recent Netflix documentary, American Factory, may have contributed to a relapse. Hynes reminded her about her plans for future films, to which she responded, “This is all I know how to do.”

A human retelling of film history from over 60 unique perspectives inevitably becomes idiosyncratic, non-linear, even contradictory. One example is when Werner Herzog read his famous Minnesota Declaration to open his 1999 Dialogue. “Cinéma vérité is devoid of vérité,” he declared, reading the manifesto from the Cinema stage, before continuing to disavow the style in his twelve “Lessons of Darkness.” He didn’t hold back in his critique, proclaiming that cinéma vérité was the “truth of accountants” and that its filmmakers “resemble tourists.” By contrast, Frederick Wiseman visited the Walker four years later to discuss the cinéma vérité style. When asked about getting his subjects to be honest in front of the camera, he explained that people are not very good actors, so they need to be honest. In the event that someone was lying, he added, he'd know and edit out that sequence: “I don't think most of us have the capacity to suddenly change our behavior and put on a fresh performance. If we did, then the level of acting would be much higher in Broadway and Hollywood than it is.”

Their insights on truth-telling in documentary might feel contradictory, but they illuminate the richness of the history told through these Dialogues. Rather than providing a singular story, we have a diverse group of filmmakers each with a unique lens into and experience with the world of film. The emphasis on the individuality of each filmmaker makes the Walker Dialogue interviews immensely personal, offering a glimpse into the psychology of the industry and how it has (or hasn’t) changed over the last three decades.

The discussion of gender and gender equality in the film industry is not a new one. I was interested in the various ways conversations from the past thirty years addressed the topic in this archive. Liv Ullmann came for her Dialogue in 1993 after directing her first film, Sofie. Before that she'd been an actress for more than twenty years, famously a “muse” of director Ingmar Bergman. She discussed how it took time to be able to get those on set to actually listen and take her seriously. Coming in both as a woman and a former actress meant she needed to put in extra work to change expectations:

They also did this thing that sometimes men don't know they do… They make you invisible. You come to them and you stand there and you are supposed to be the one to give decisions and they don't hear you, and they don't see you. And they continue with what they were talking about and suddenly they have left, and you are there. I was supposed to be the boss and they've all left. And it's very frightening. And then you can just decide to be invisible or to go after them and say, "Okay, this is the way I want it."

While we may all know the sexism that pervades the industry and its history, it is something very different to hear in detail how it manifests itself on sets. The revelations of women stand in stark contrast to the way male directors talk during their Dialogues about their own experiences on set. Together they create a more complete history that does not depend on any one retelling.

A multifaceted history of cinema is constructed from the truly incredible array of filmmakers presented in the Dialogues. This is not a Hollywood or Eurocentric history. Apichatpong Weerasethakul (2004) spoke in depth both on Thai cinema and his departure from its tradition; Abbas Kiarostami  (1998) enlightened the power of his films in discussing his interplay of fiction and reality; Haile Gerima (1995) spoke passionately about the African diaspora and the search for a new type of film language; and the list goes on.

There's something truly special about a collection that carries big Hollywood directors like Clint Eastwood (1990) and Ang Lee (2005), art world auteurs like Steve McQueen (2013) and Matthew Barney (2003), and independent storytellers like Spike Lee (1996) and Michel Gondry (2007). The Dialogues archive also features the voices of artists who have since passed, preserving their vision and words for the world—visions such as Agnès Varda’s feminist New Wave (2001), Gordon Parks’s eye for realism and as a co-creator of the blaxpoitation genre (1996), and Stan Brakhage’s avant-garde take on nature (1999). In this collection, disparate histories converge to make an alternate film history, one rich with contradiction and emotion. Everyone who loves movies is invited to the table, to listen to and experience these conversations. For ultimately, this series was created, as Bong Joon Ho put it so perfectly, to “just talk films.”